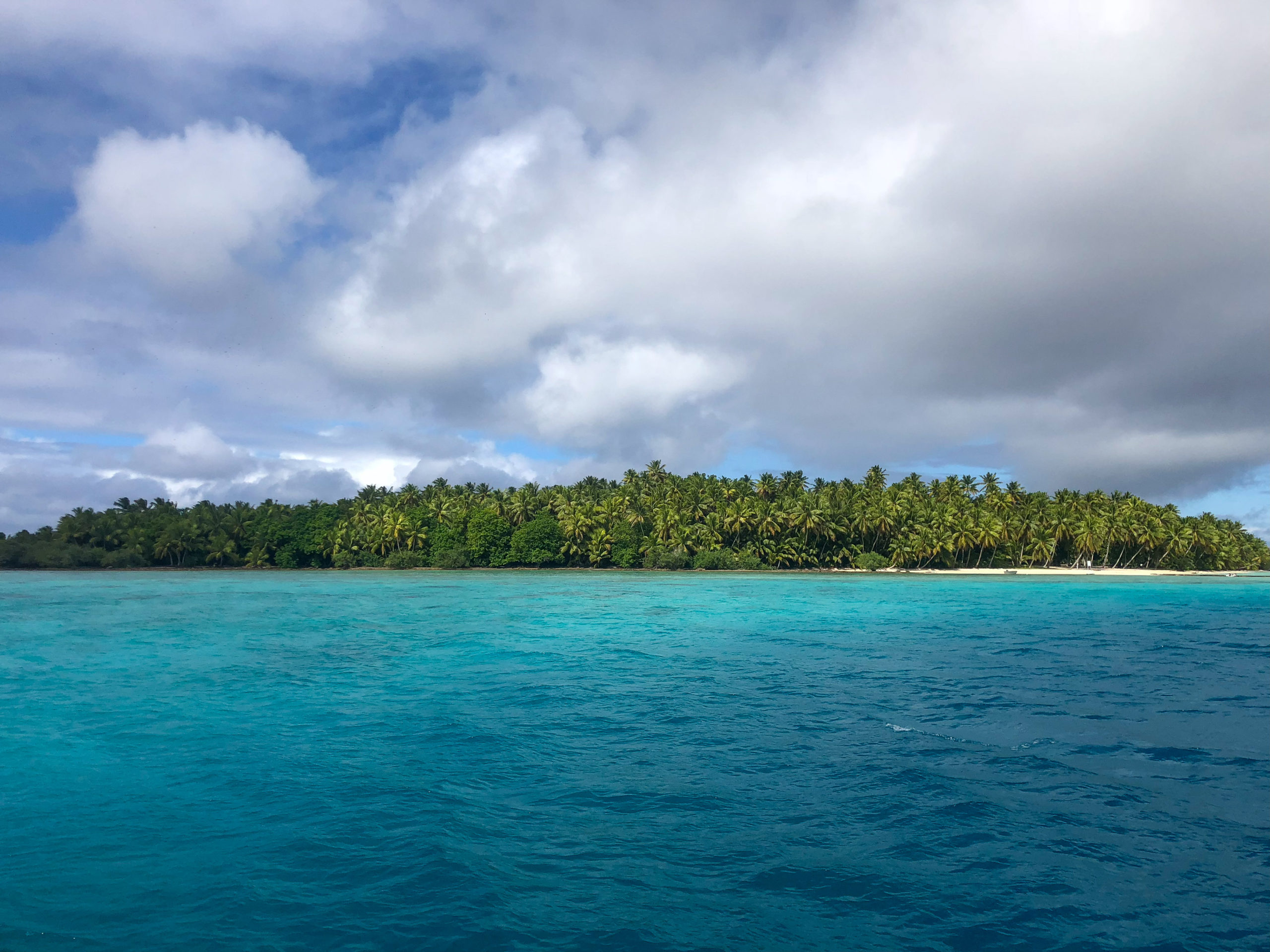 Every fisherman dreams about a secret fishing hole somewhere. Someplace no one knows about. No one goes. No one (or hardly anyone) has ever fished. A place where you show up knowing you won’t see a single soul and that the fish have never seen a fly. This dream fishing spot is naturally chock full of fish, too, everywhere you turn.

The Cook Island’s atoll, Penrhyn, might just be that place. 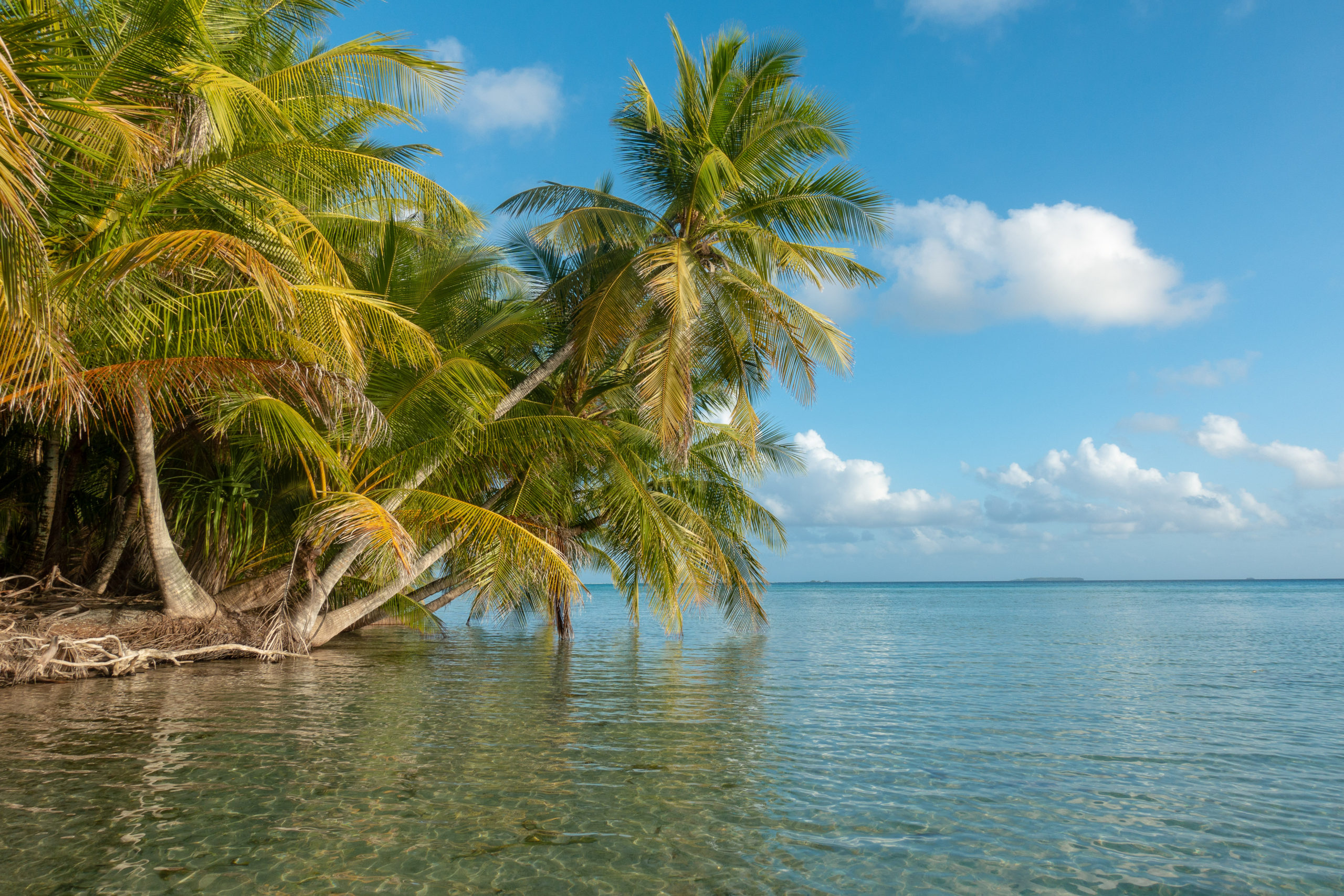 This atoll lays more than 800 miles of open ocean from anywhere. There are no flights. It is visited by just two supply ships a year. The only way to get here is in your own boat, sailing far off of the normal tradewind route. There was a time when expensive flights from the main islands of the Cooks occasionally brought an intrepid fly fishermen from New Zealand, though because there are no hotels or any other tourist infrastructure on Penrhyn the only way to fish these remote flats, even then, was to stay as a guest with the pastor at Te Tautua and have him take you. This apparently did happen at least once. Years ago. Basically, the only people who ever visit, in very, very small numbers are sailors. The intersection of committed bonefishermen and blue-water sailors who can actually get themselves to Penrhyn yields a very tiny slice of humanity. I’d bet there aren’t more than about five of us in the whole world, and that includes our friend Mike, who’s introduction to fly fishing was walking the flats with me in the Gambier and Rangiroa. 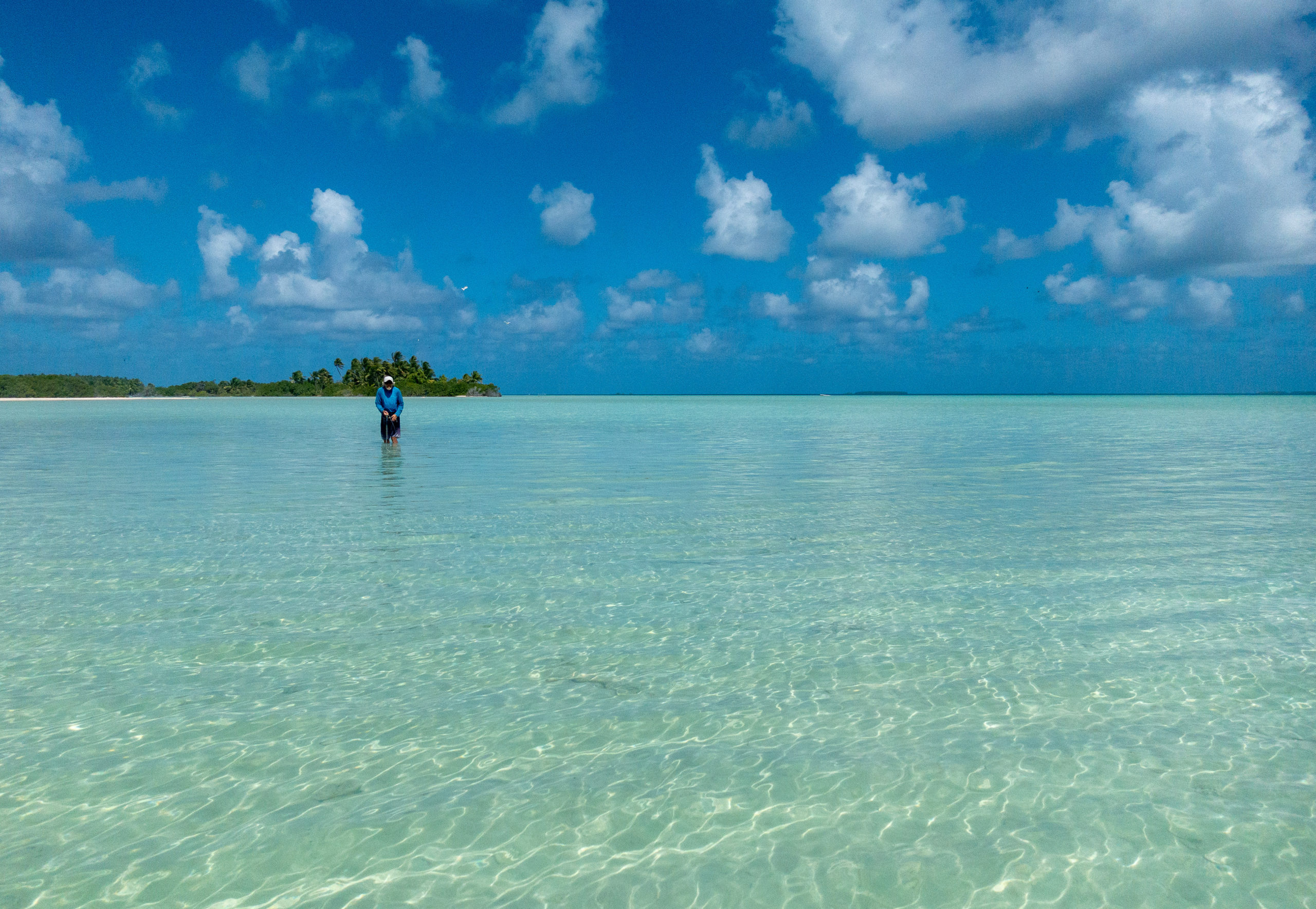 The pastor insisted on taking us to his spot, though we had our own dinghy and knew from Google Earth exactly where to go. Wishing to be gracious guests of the island, we accepted the ride. We spotted the first pod of fish even before getting out of the boats and over the next four hours (the limit of the pastor’s desire to stay and harvest noddy bird eggs), I landed at least fifteen bonefish (which is a lot of bonefish), considering the amount of time it takes to land each one and the fact that a fighting ‘kio-kio’ clears the immediate area on the flat of willing fish. Mike caught nearly that many, as well, and we were often doubled up with fish on at the same time. 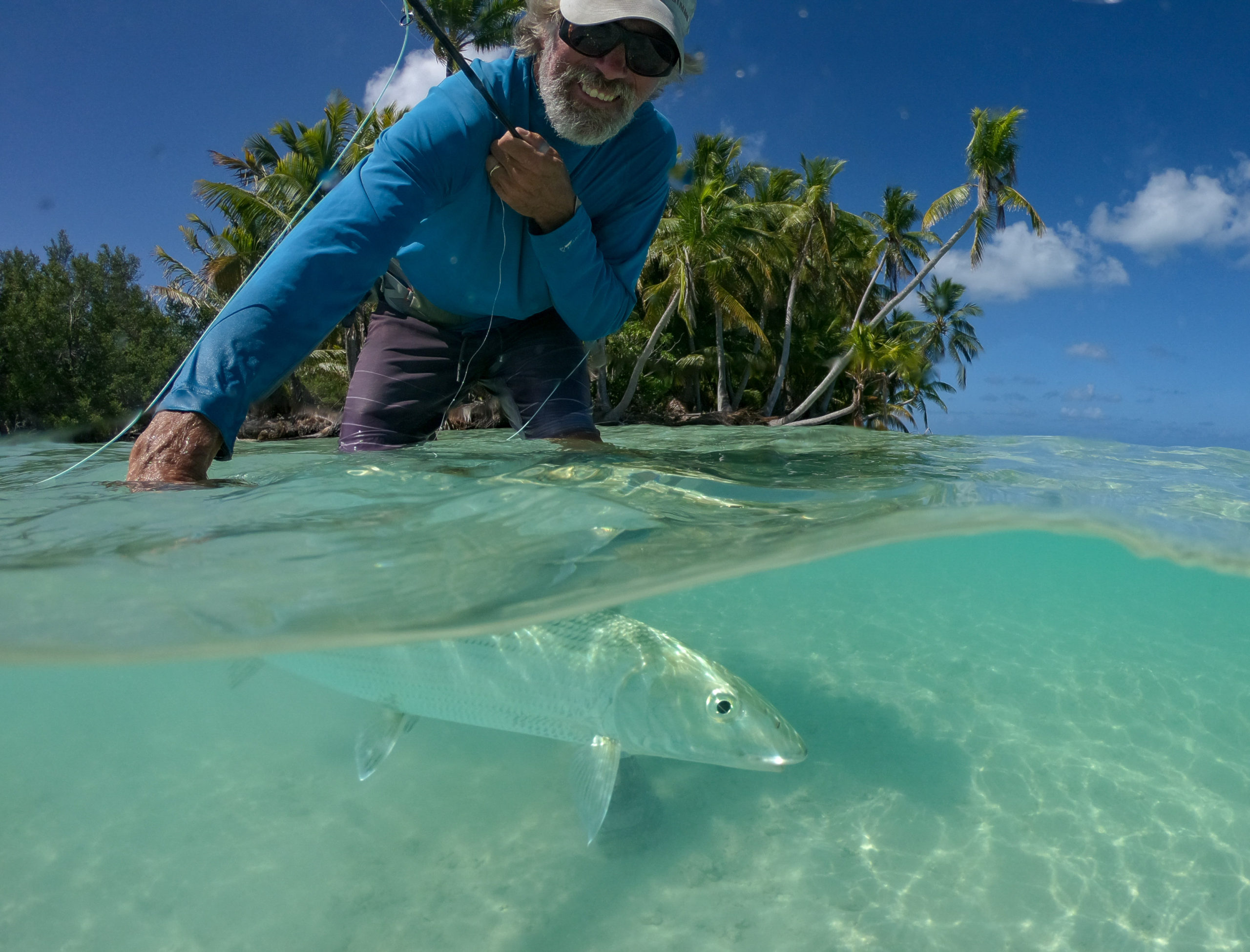 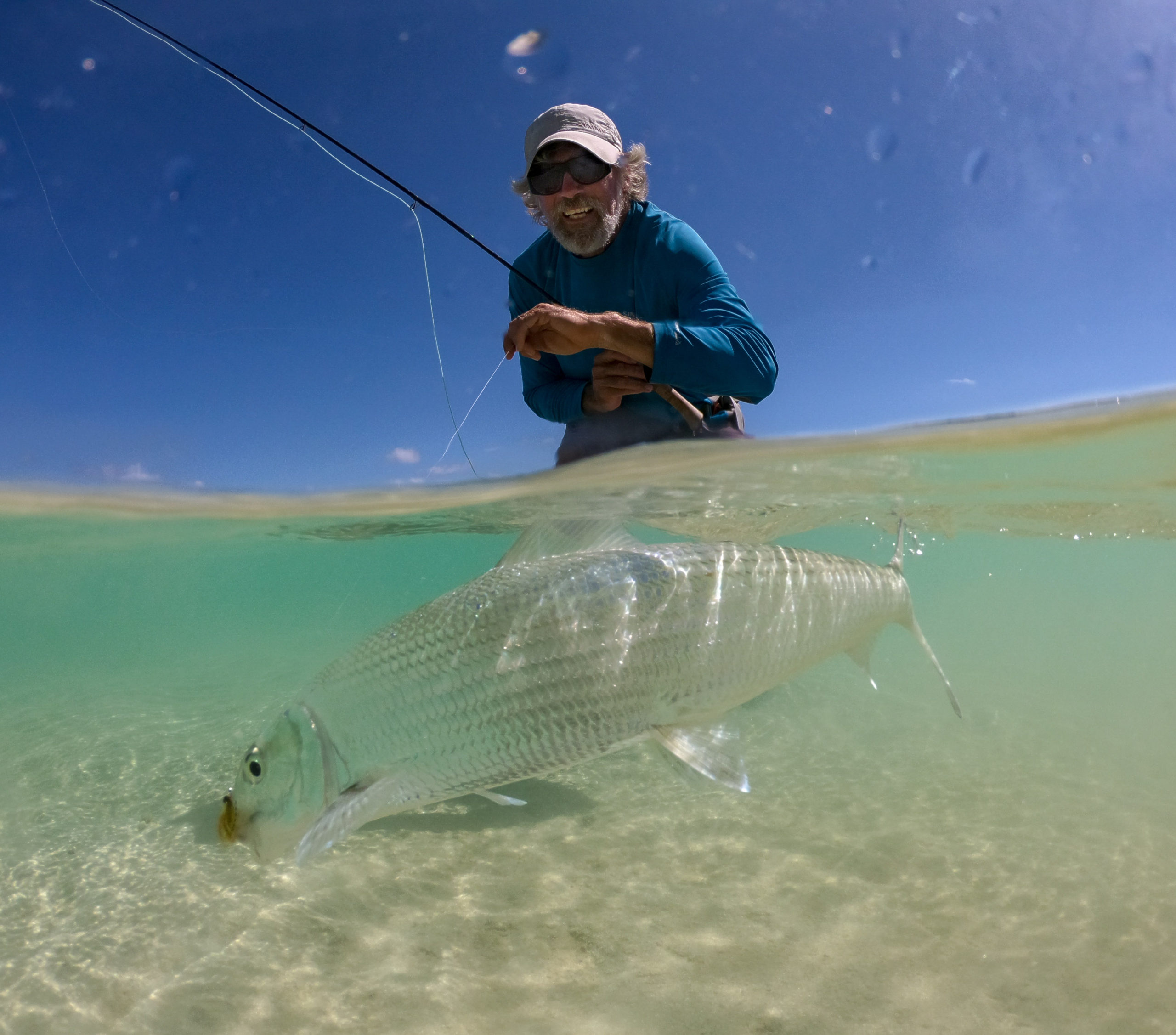 We fished this singular spot for a couple weeks going back on our own, and it wasn’t always as good as the first day, the tide and the weather have a lot to say about how good the fishing is going to be, but it was always our spot and the fish were always there. They aren’t as big on average as the bonefish in French Polynesia, but Penrhyn is chock full of them. 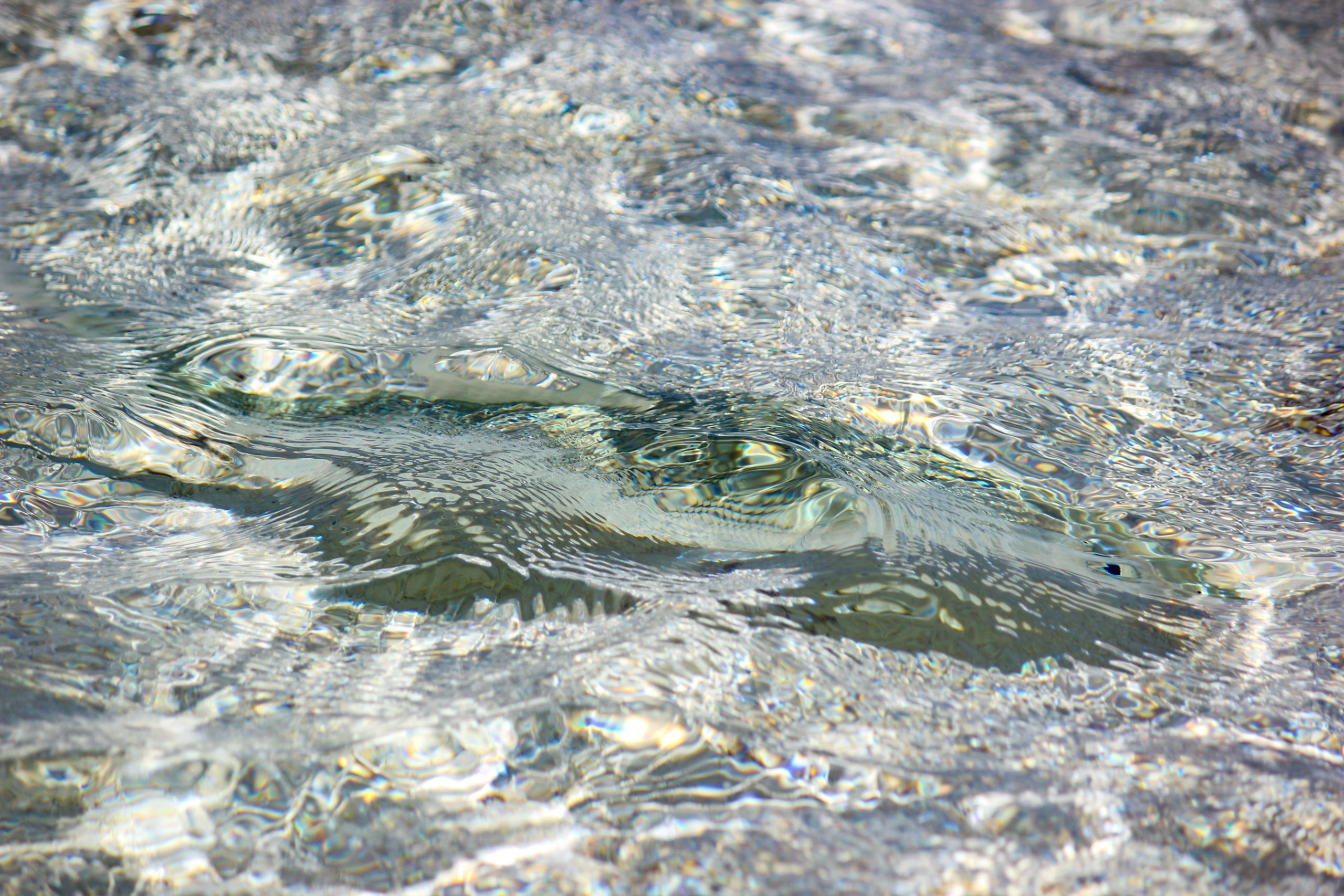 We pinched ourselves regularly to make sure it was not just a dream. ~MS 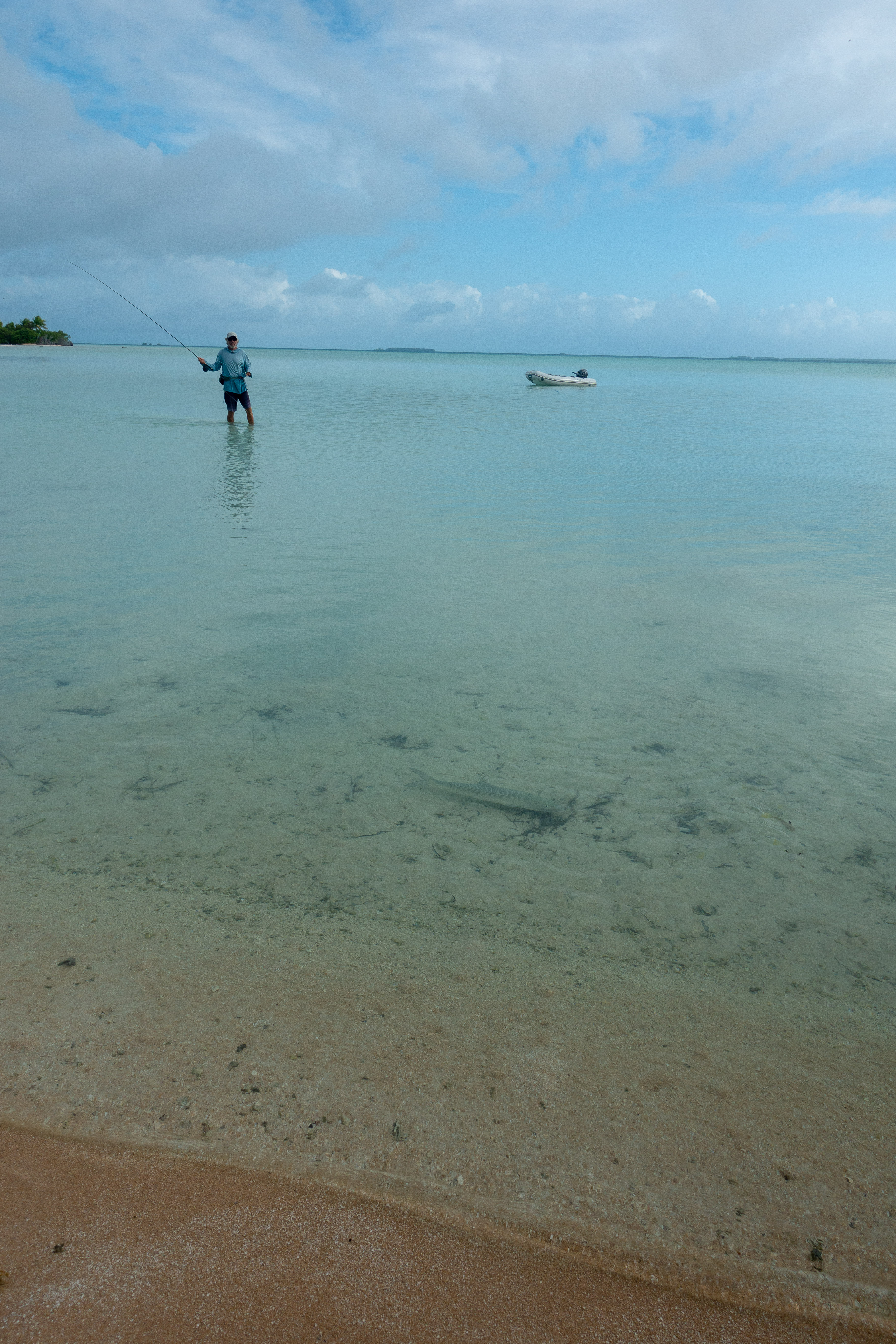 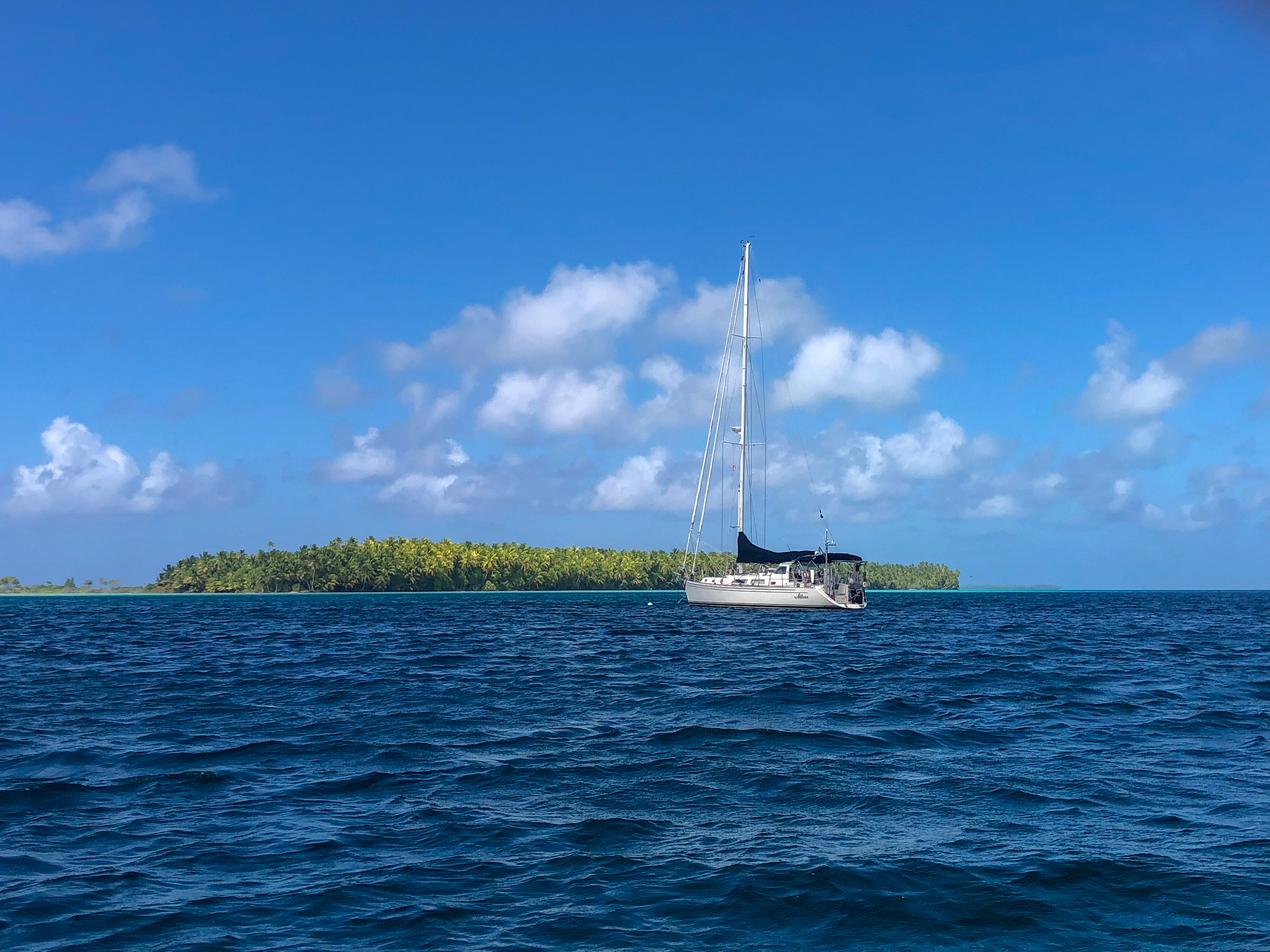 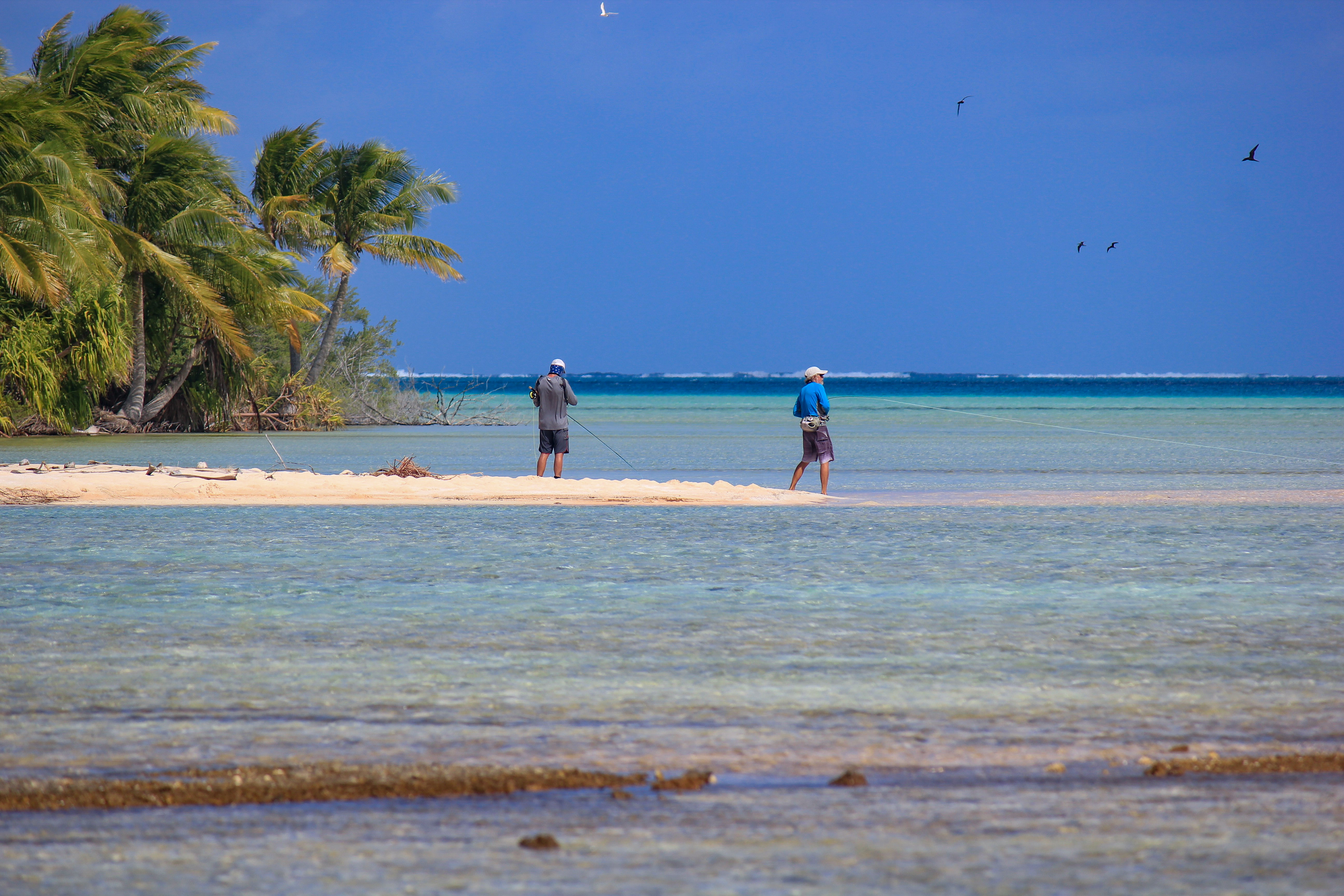 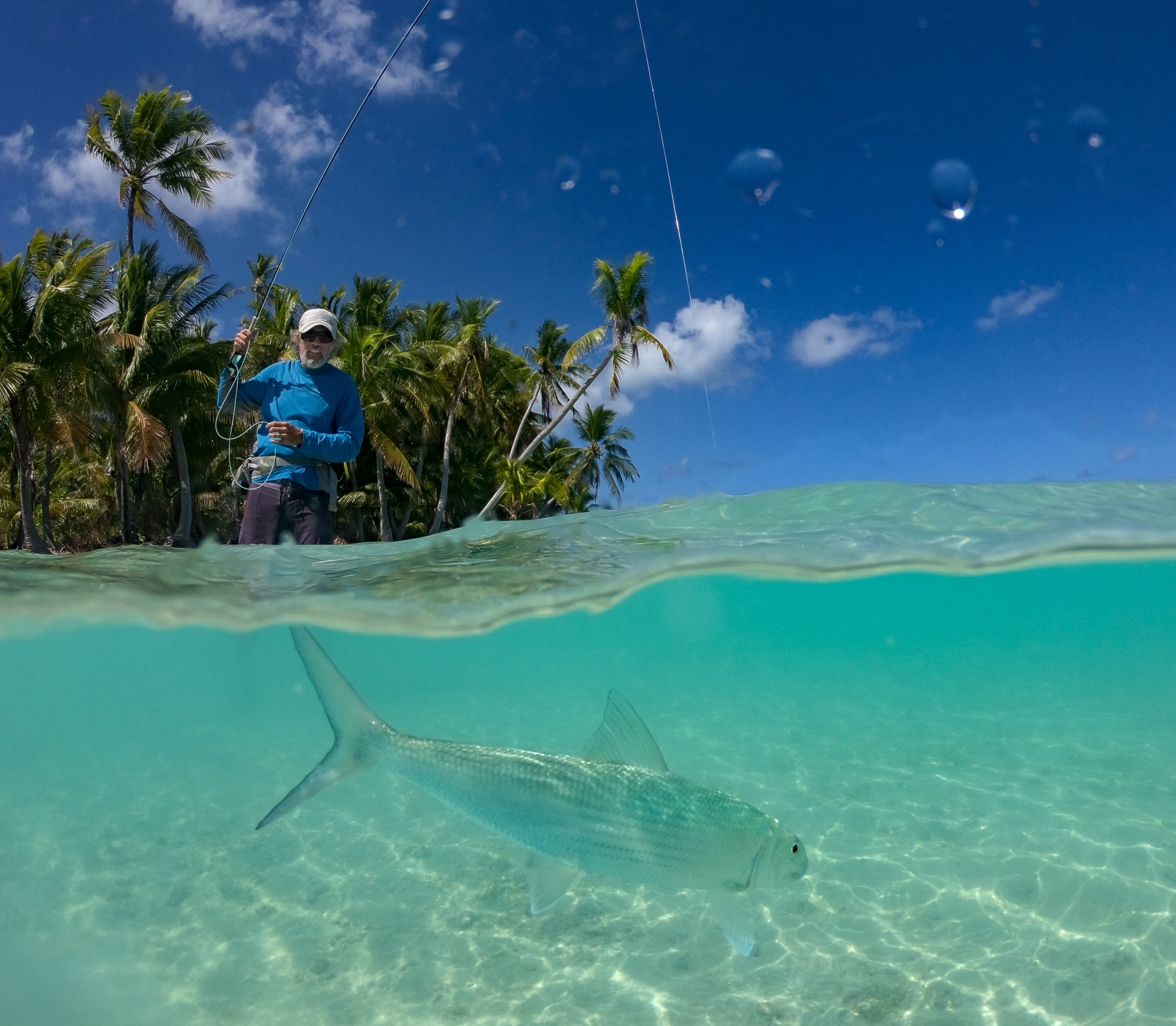 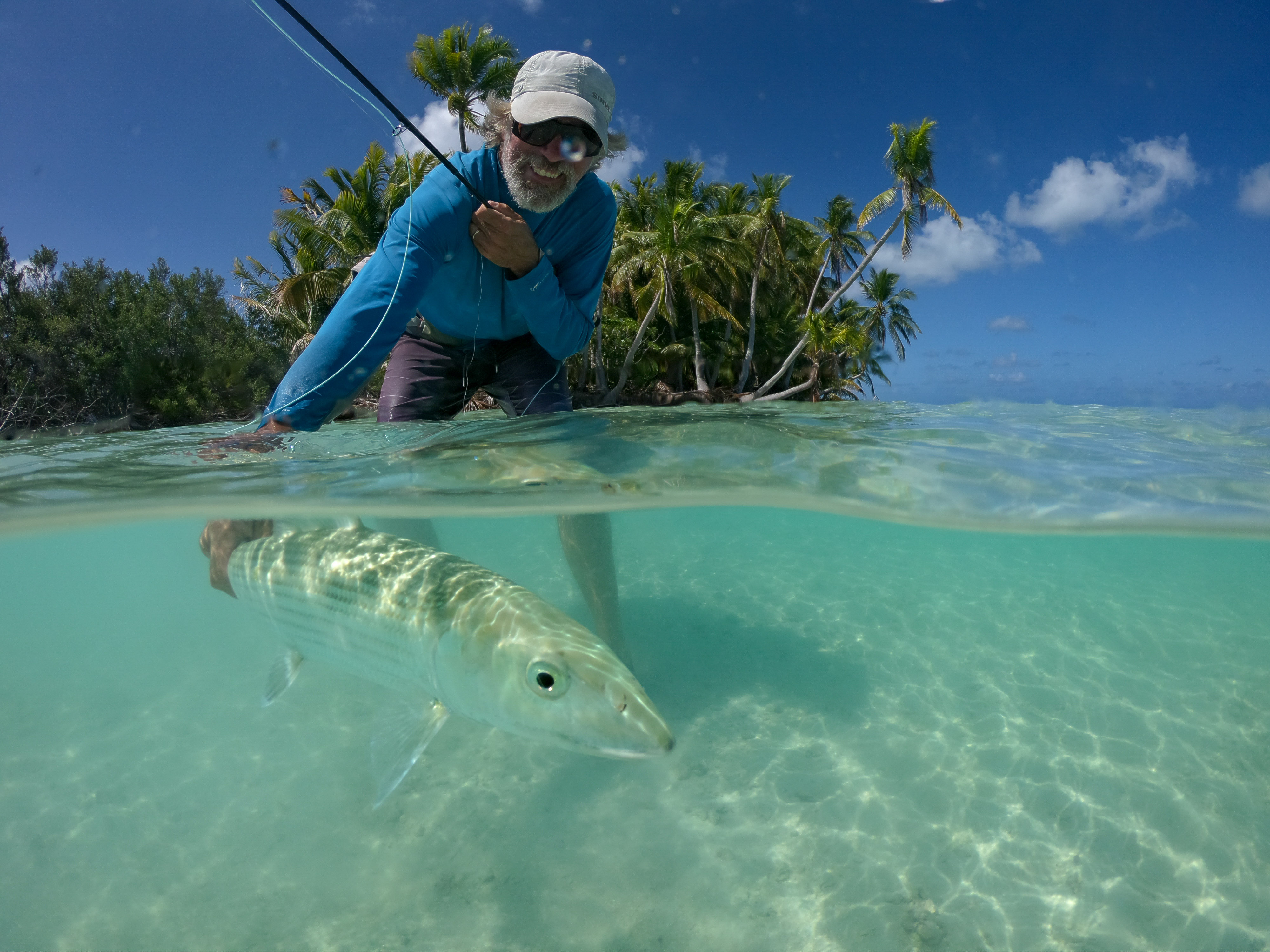 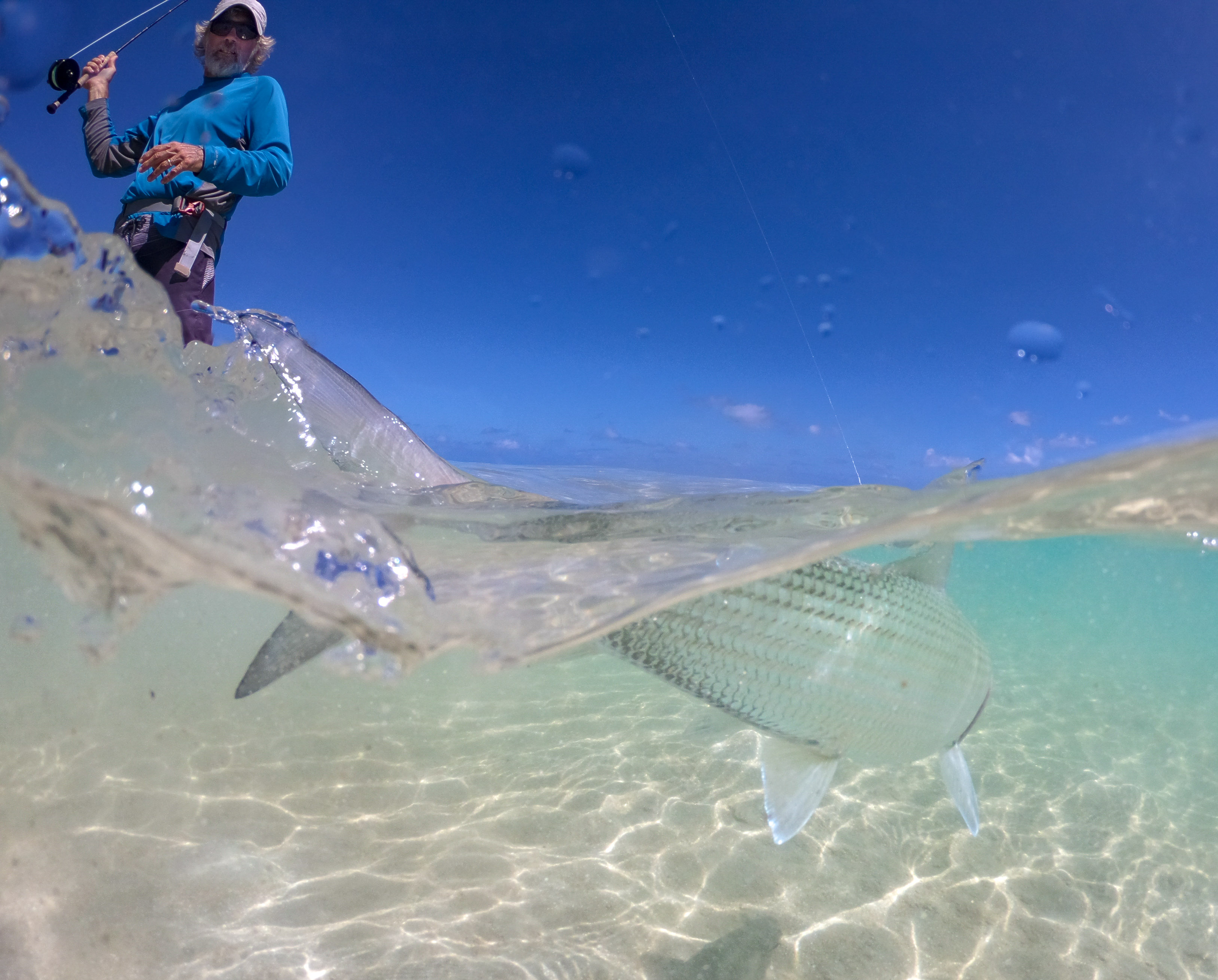 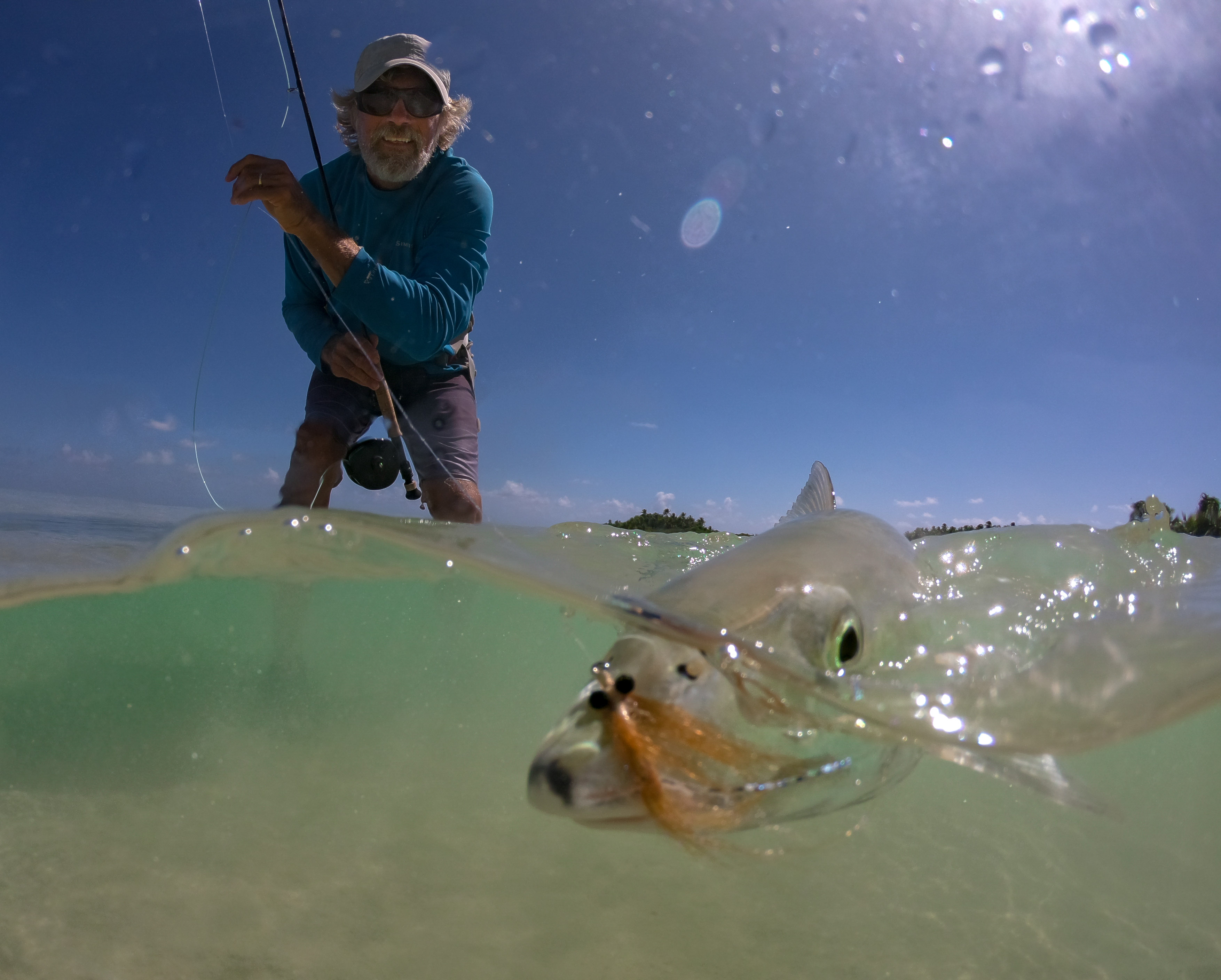 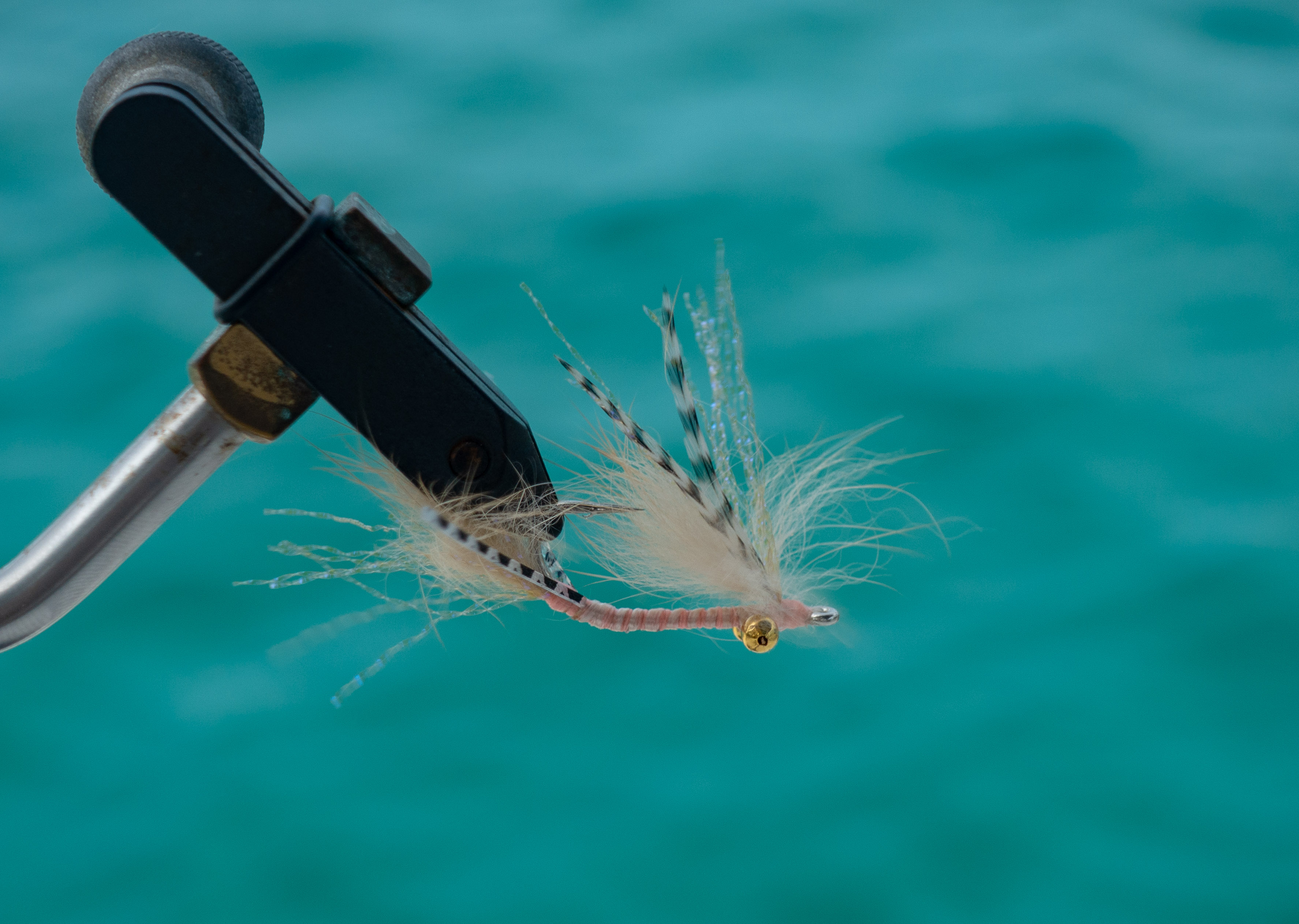 7 thoughts on “Mad for Kio Kio, bonefishing in Penrhyn”