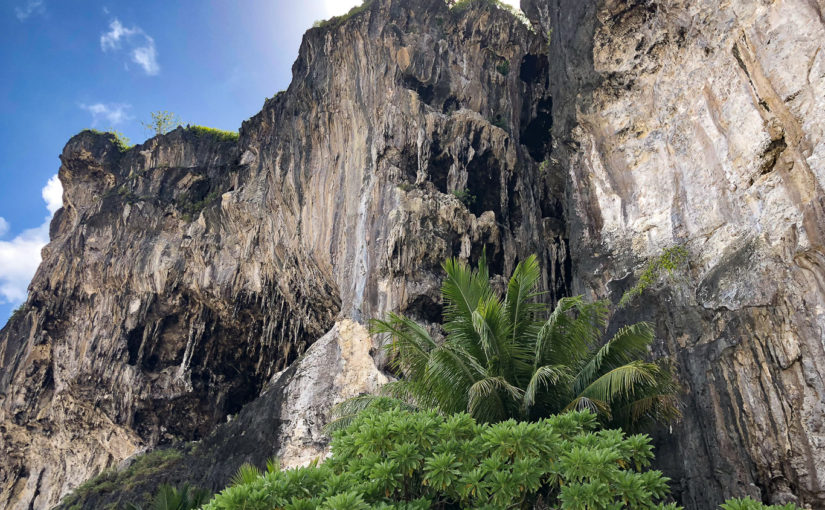 Makatea is the name of the island, but also the Polynesian word for a coral reef that has been uplifted, above sea level. This makatea is the highest of its kind in the world. The dramatic cliffs make a stunning sight after months of low lying atolls, barely above sea level. They are limestone, and so they are riddled with caves and spectacular formations. The island was extensively mined for phosphate from 1917 until 1966. The mayor of the island of 90-something people, not counting children, is an eloquent and passionate man. Julien Mao is proud of his world travels as a choreographer of Polynesian dance, particularly coming from such a remote and isolated part of the world. Diana contacted him by phone to find out about the three rolly moorings they have off the eastern coast, and he met us at the dock and led a tour of the island. We arrived to find a sportclimbing team wrapping up after a week scaling cliffs on the west side of the island. They showed us drone shots of themselves climbing while humpback whales, a mother and calf swam just off shore below them.

Makatea is laborisouly working on unearthing the remains of the mining operation to create an open air museum.

Because there is no pass, no lagoon, Makatea is unique in the Tuamotus, and not an easy place to make a living. They dream of eco-tourism and climbers, but it is hard place to get ashore unless the sea is in a hospitable mood.

Our mooring was very, very close to the reef, and still it was set in 150 feet of water. The swell rolled by and then onto the reef uncomfortably close. Built out to the reefs edge are the ruins of the mining’s operation, the towers that used to support bridges for loading the ships with phosphate.

It’s not a particularly flashy mineral, but it must have been valuable. The first stop on the tour is a future outdoor museum being painstakingly reclaimed from the brush; all the machines and steam generators they used to fabricate the railways and infrastructure for getting the phosphate to market.

Not surprisingly, the early days of the mining brought almost no direct benefits to the islanders. Cheap labor to dig the phosphate was brought in from Vietnam and China. It wasn’t until World War II that Polynesians began to be employed in the mines. The video we saw of the work was all done by hand, digging phosphate dirt out of eroded holes in the top of the island. What was left behind reminded me of the beaches of Normandy, bombed incessantly in the weeks preceding the invasion. The forests are gone, most of the topsoil too.

For fifty years since Charles De Gaulle came to French Polynesia  to announce that their future was in the Atom, there hasn’t been much economic activity on Makatea. Schemes were hatched and mercifully scrapped to turn it into an island for refining oil. There was an attempt at some commercial agriculture which also failed.

Julien has come up with a controversial vision for Makatea’s future, what he calls its new story, and it sounds like it may very soon come to fruition. He would like to team up with an Australian entrepreneur to mine phosphate again, though this time on different terms. The plan, which does not sound like it has seen much in the way of environmental impact study, is to initiate secondary mining on the northern part of Makatea where the potholes riddle the landscape, abrade a layer of topsoil off and save it, take a layer phosphate stone away and then fill the holes left with gravel and rehabilitate the area by reapplying the topsoil. Basically use secondary mining to rehabilitate the damaged part of the island.

What Makatea gets in exchange, besides a chunk of the action we hope, is a new dock and a commitment to restoration projects and conservation which the mayor hopes will lead to a boom in ecotourism.

I certainly don’t have the expertise to judge the merits of his project. More mining doesn’t sound, on the surface (no pun intended) like the greatest idea. On the other hand, there doesn’t seem to be any other source of money out there that could be dedicated just to restoration, and a viable dock for Makatea.

We had a fascinating day on this beautiful island and counted ourselves really lucky to have the cooperation of the weather so we could. ~MS 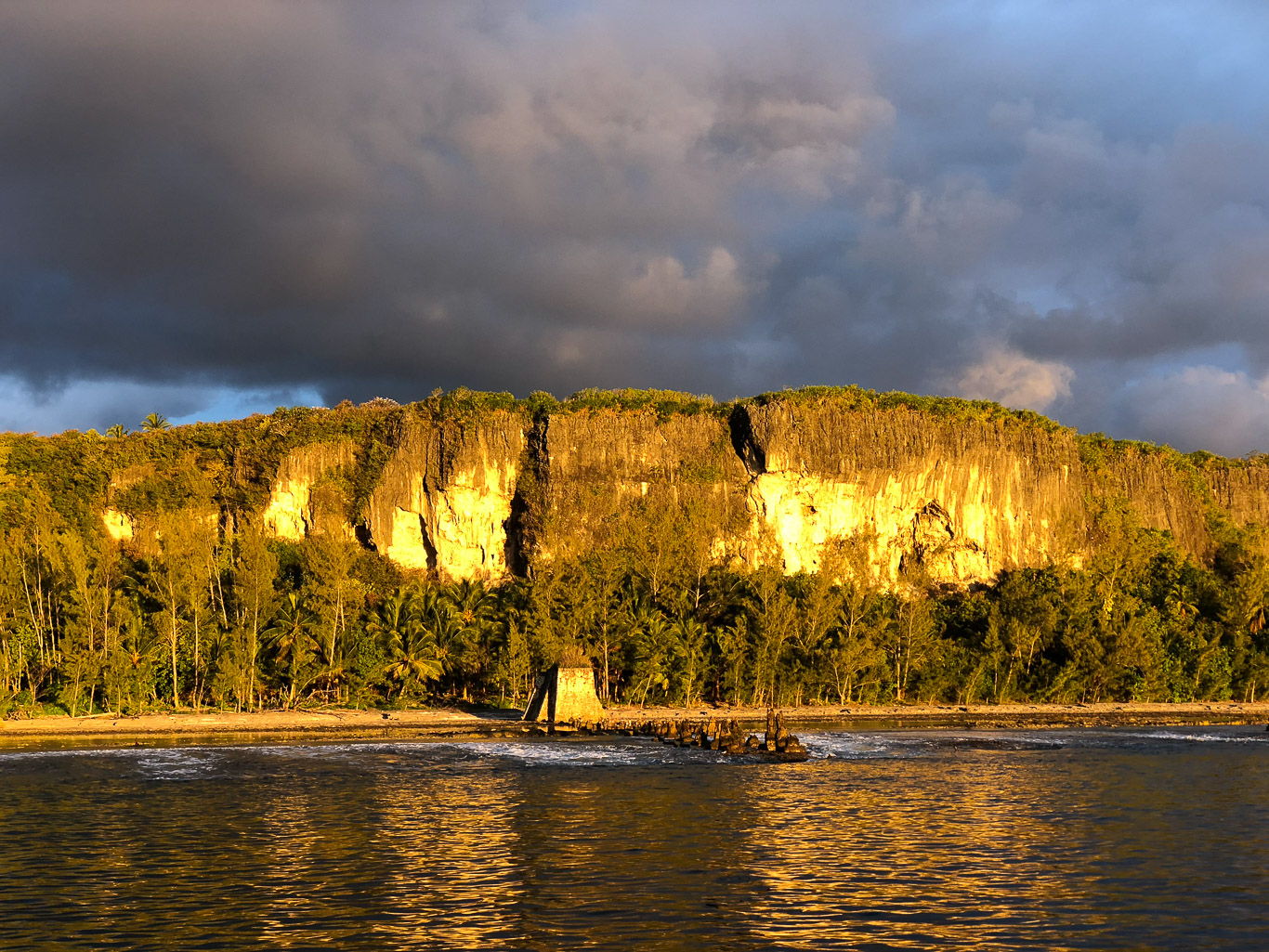 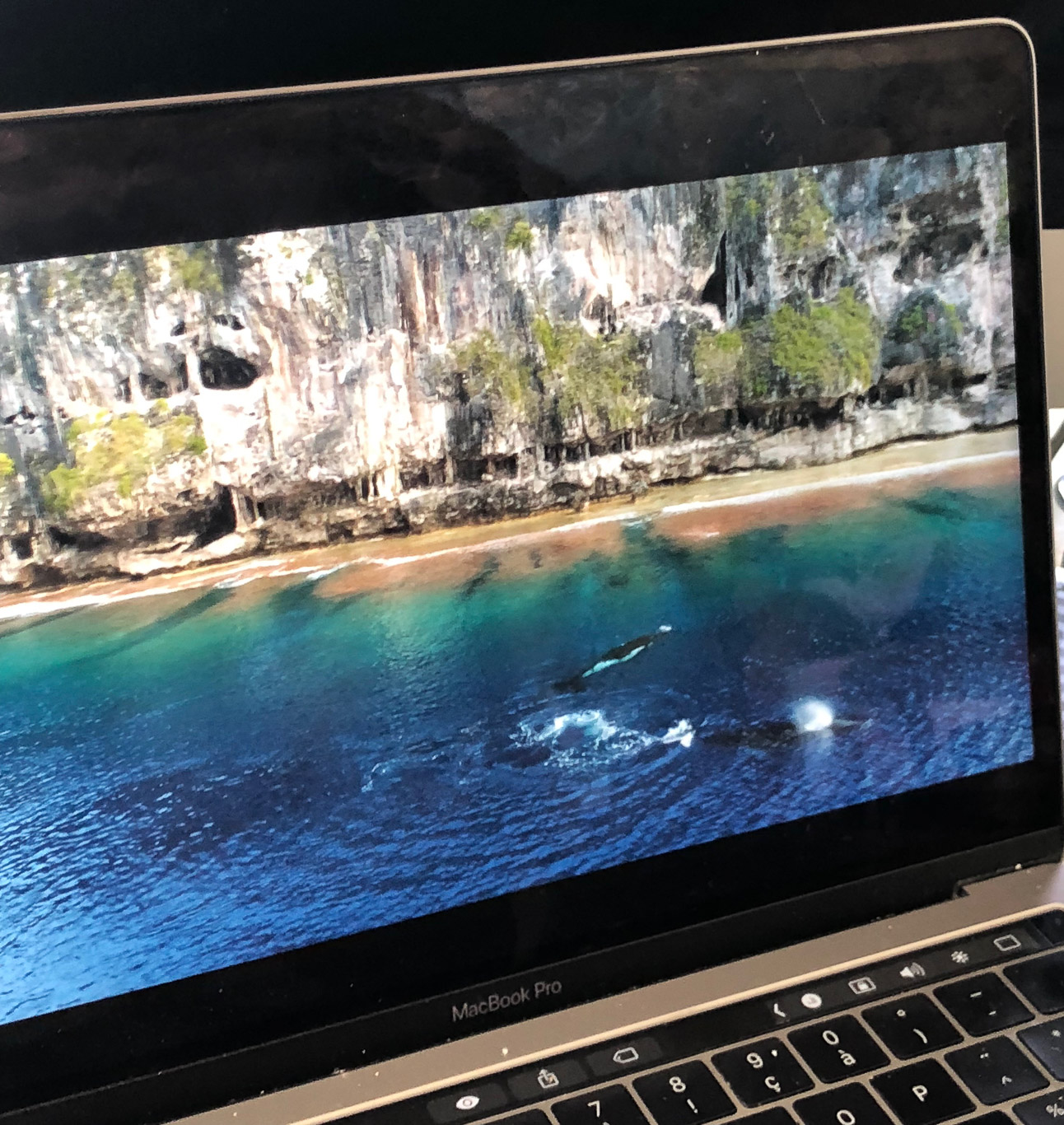 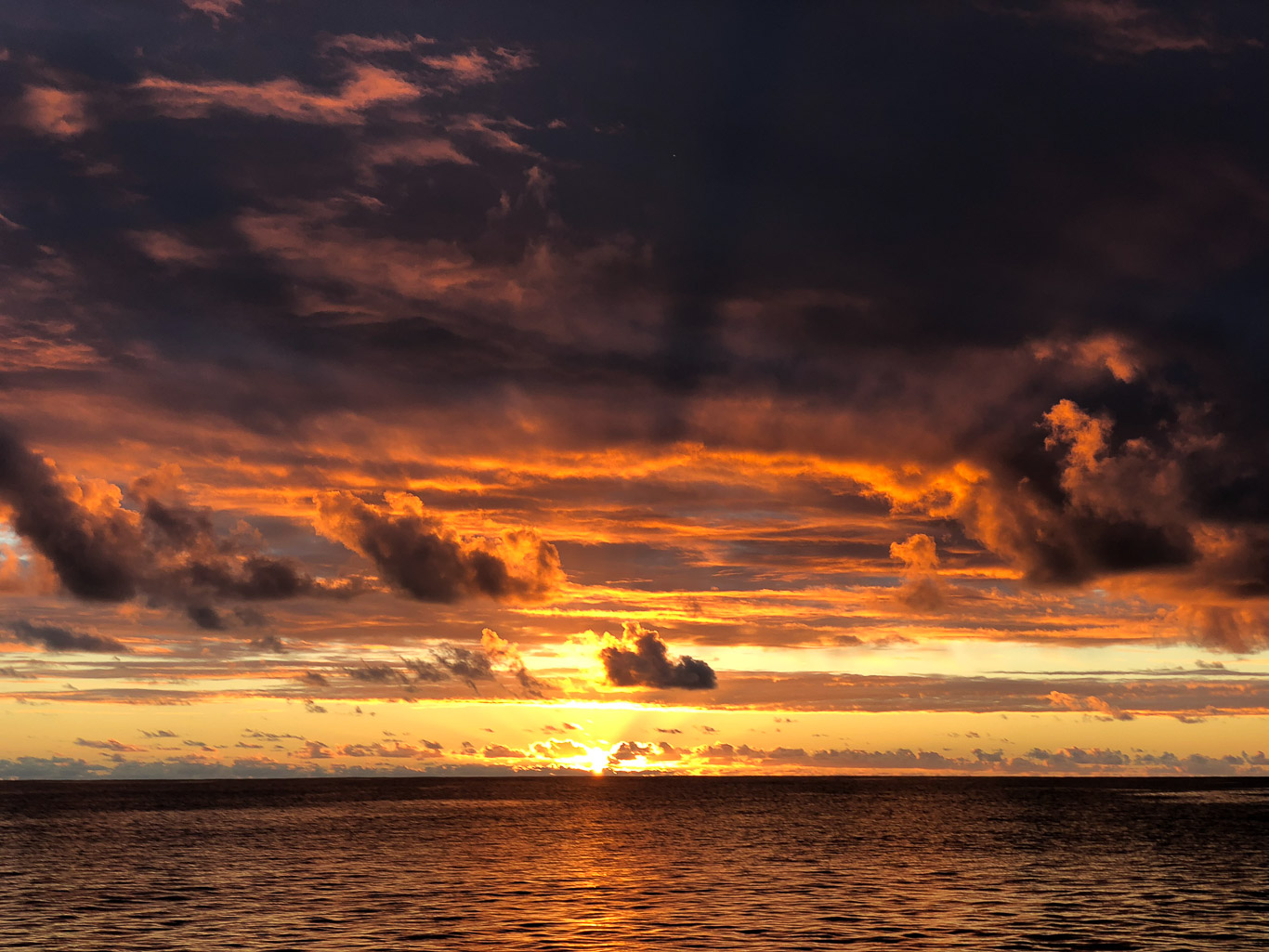 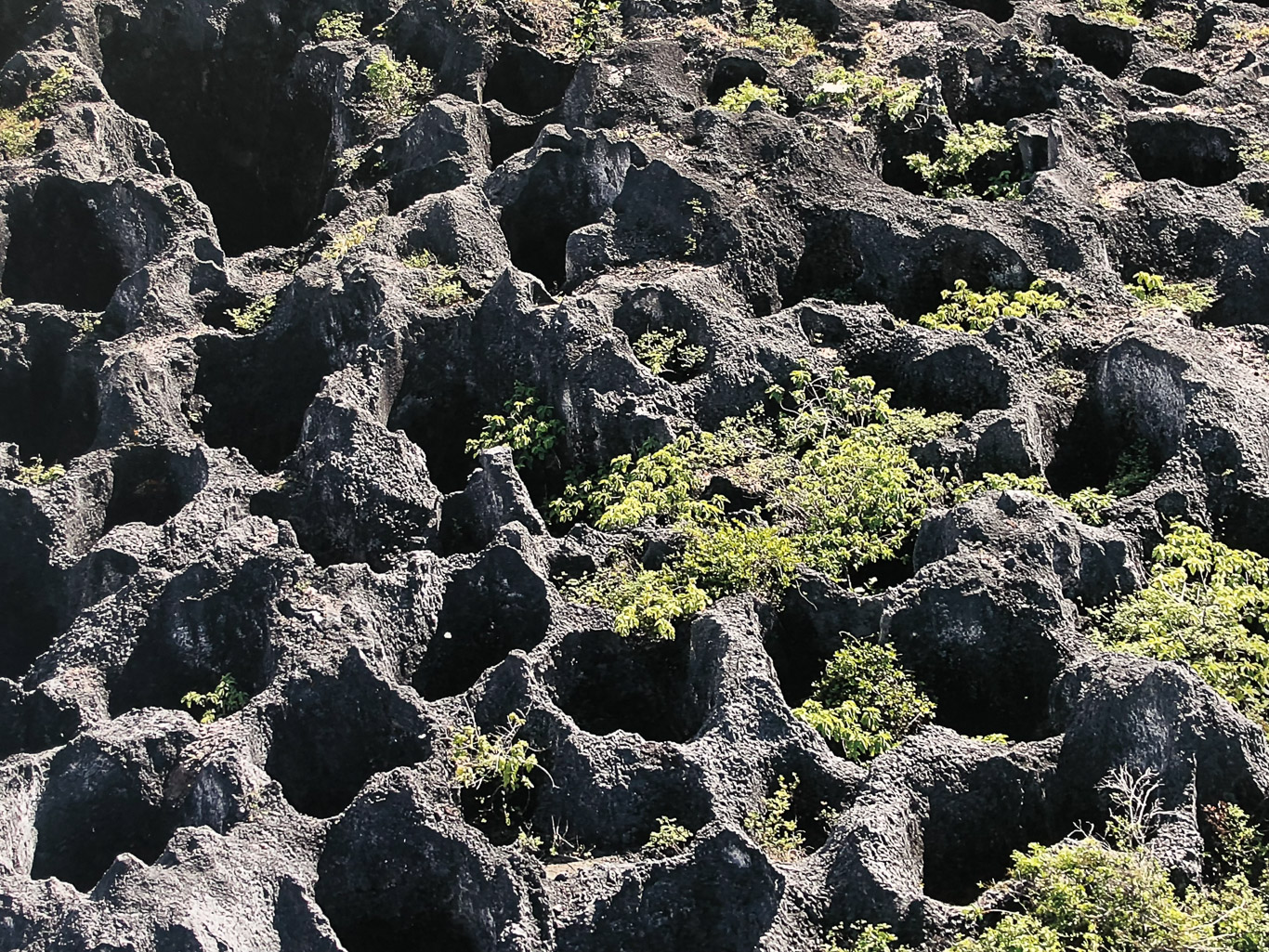 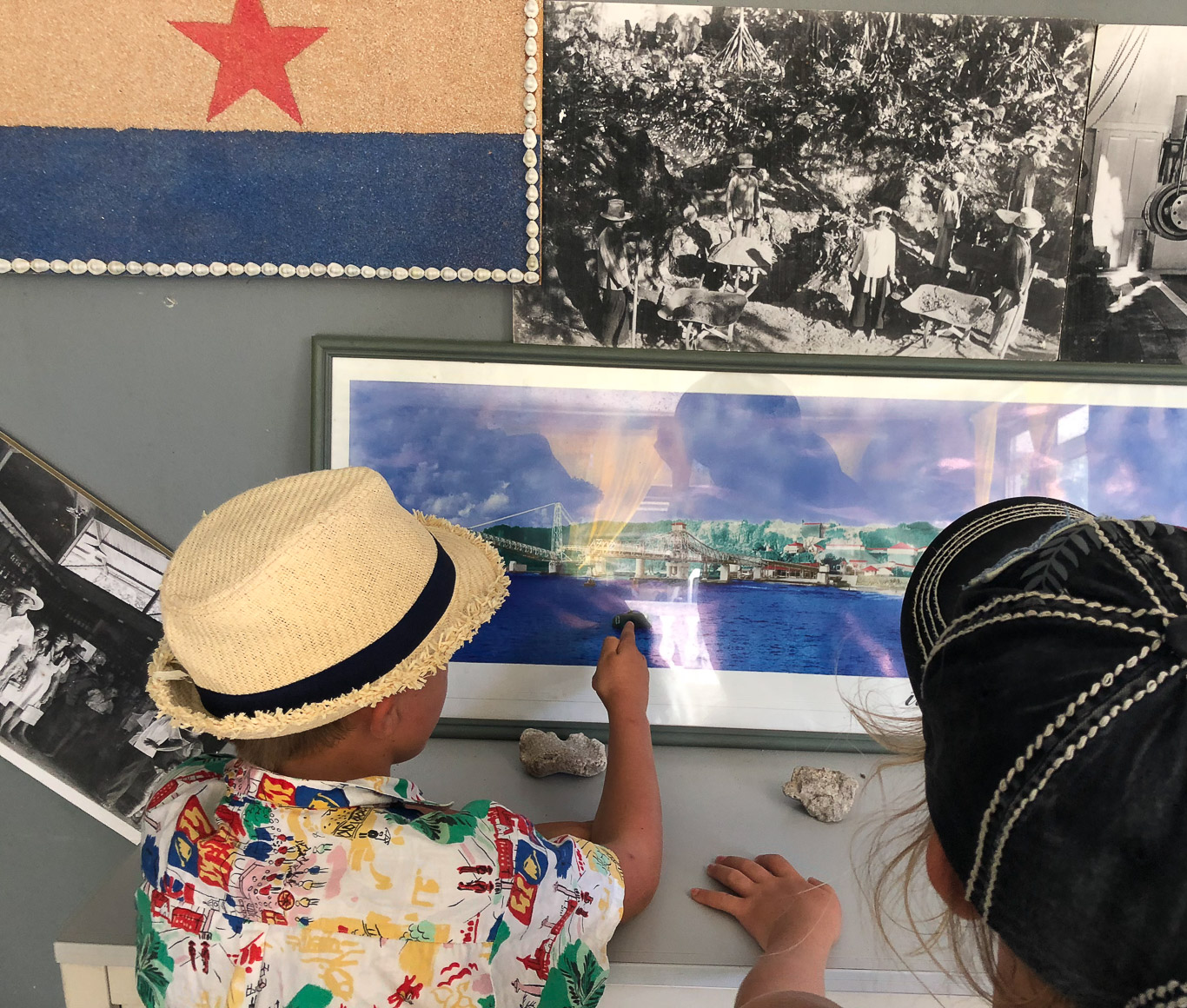 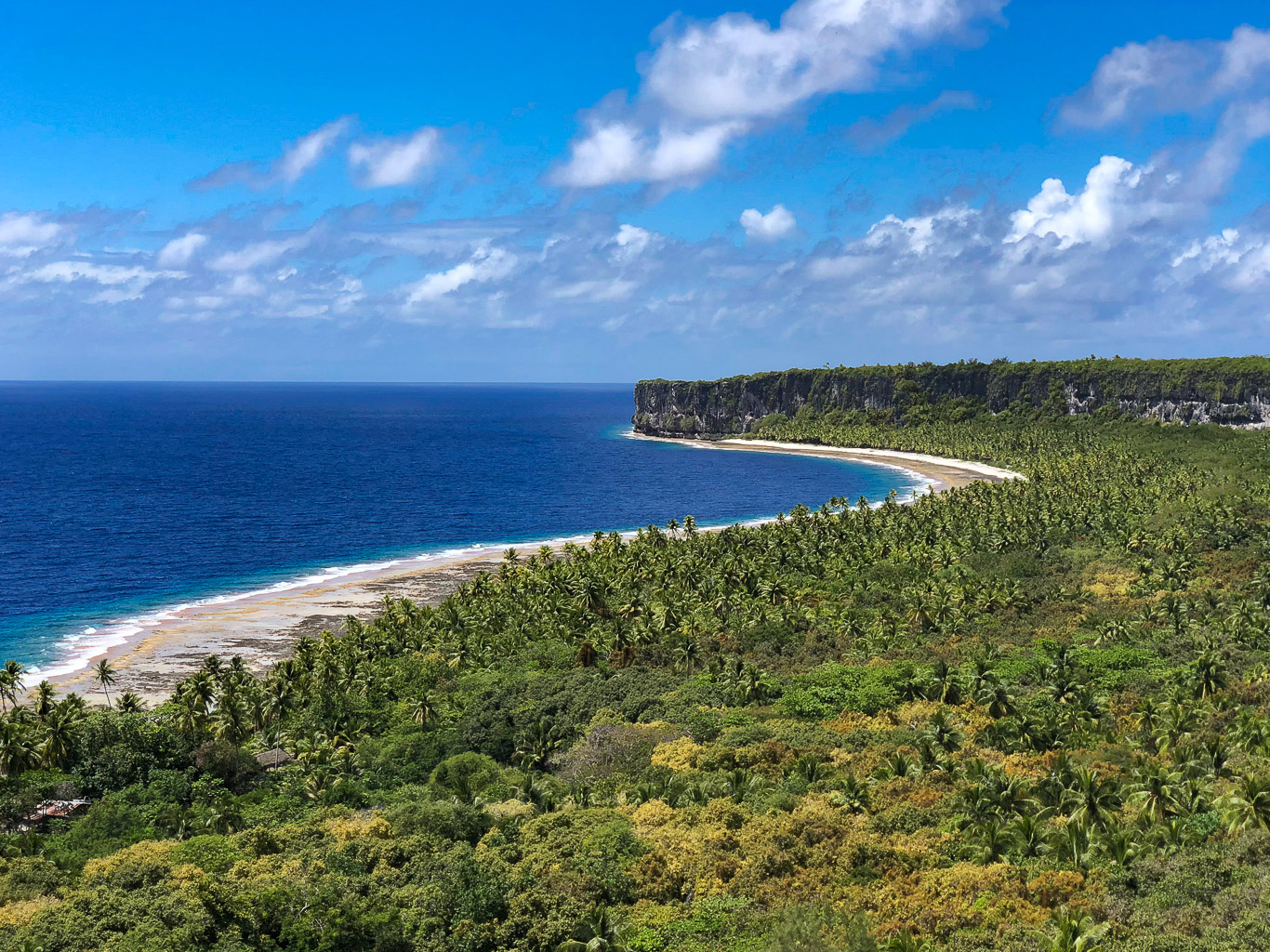 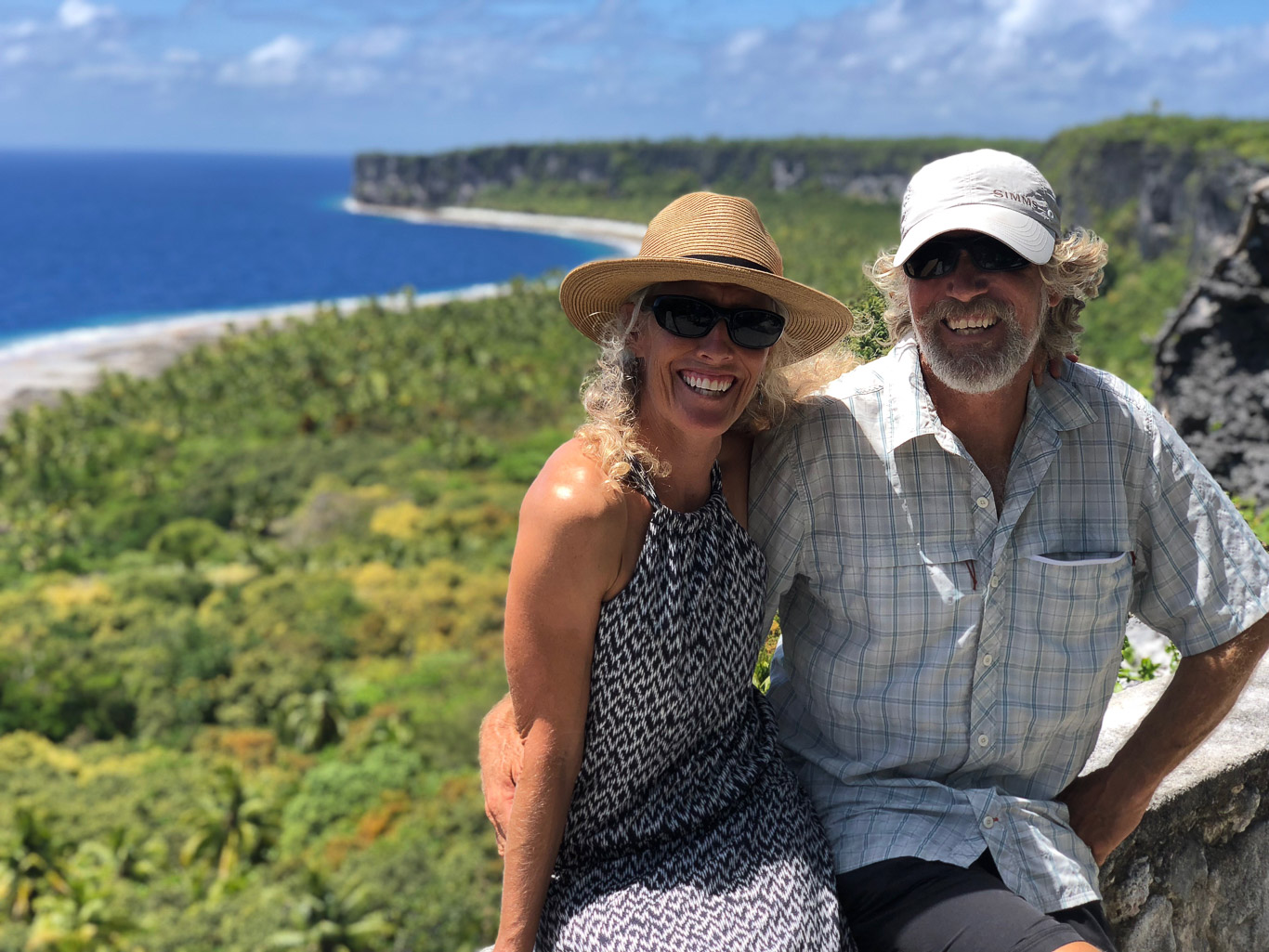 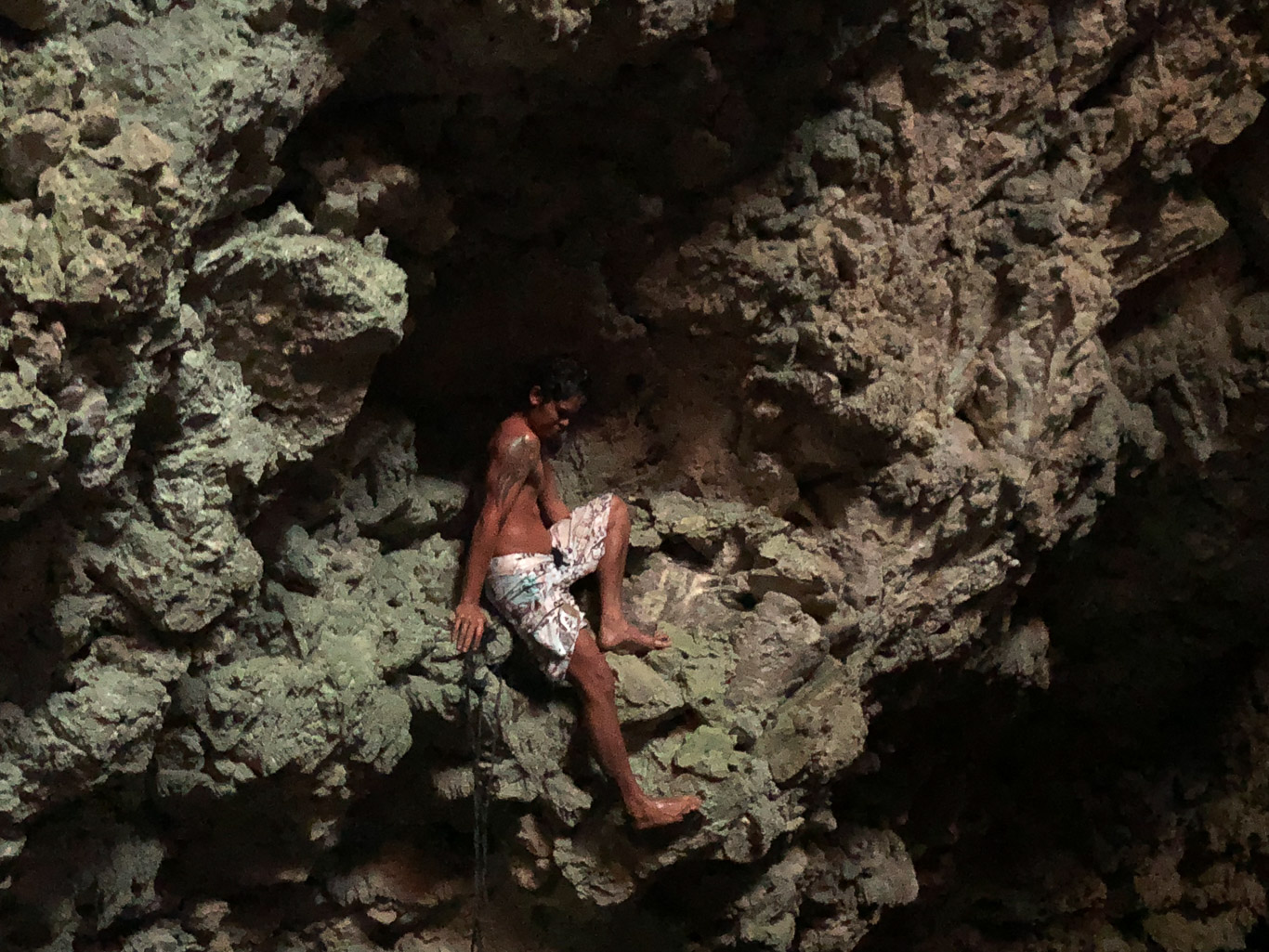 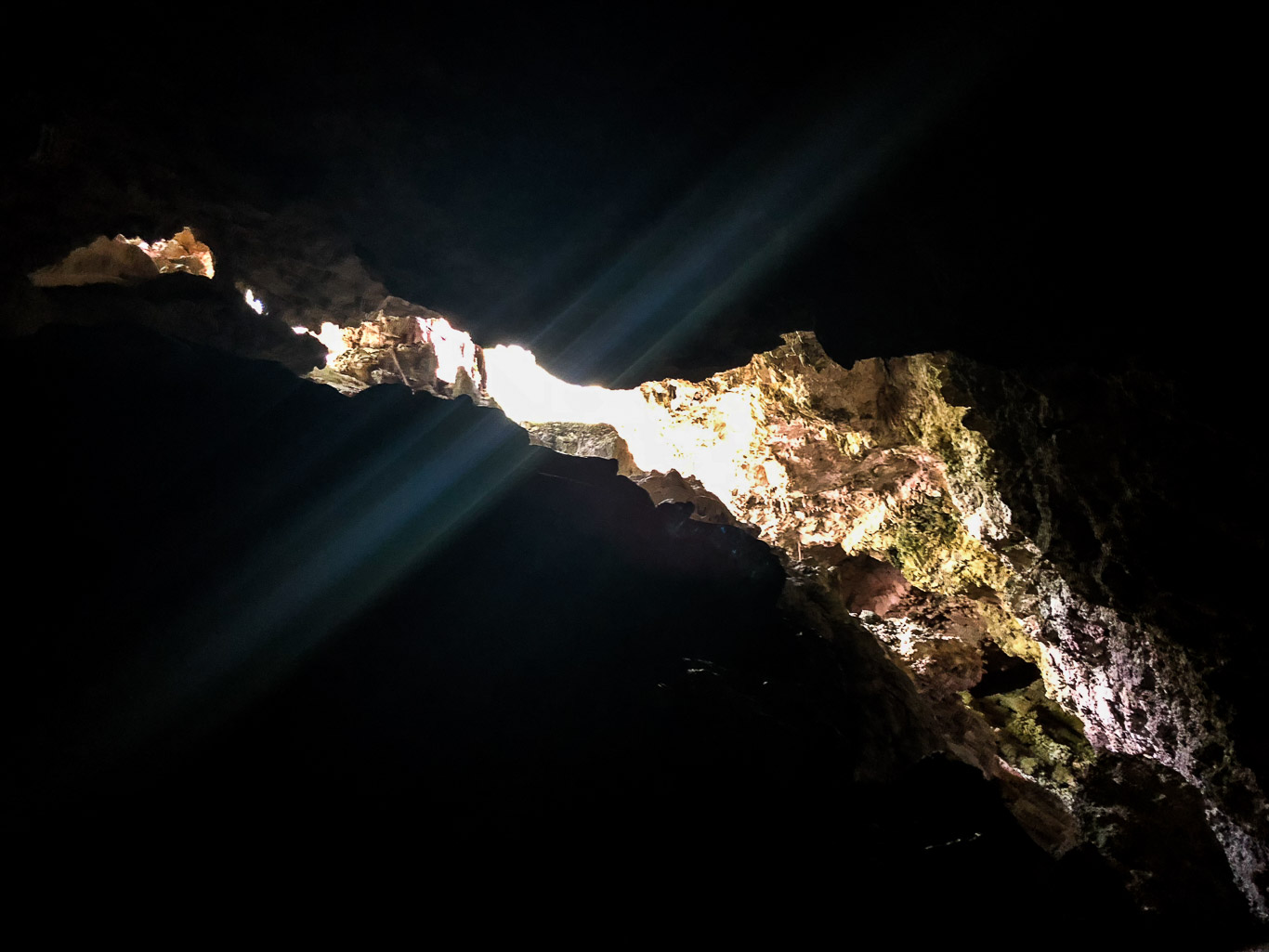 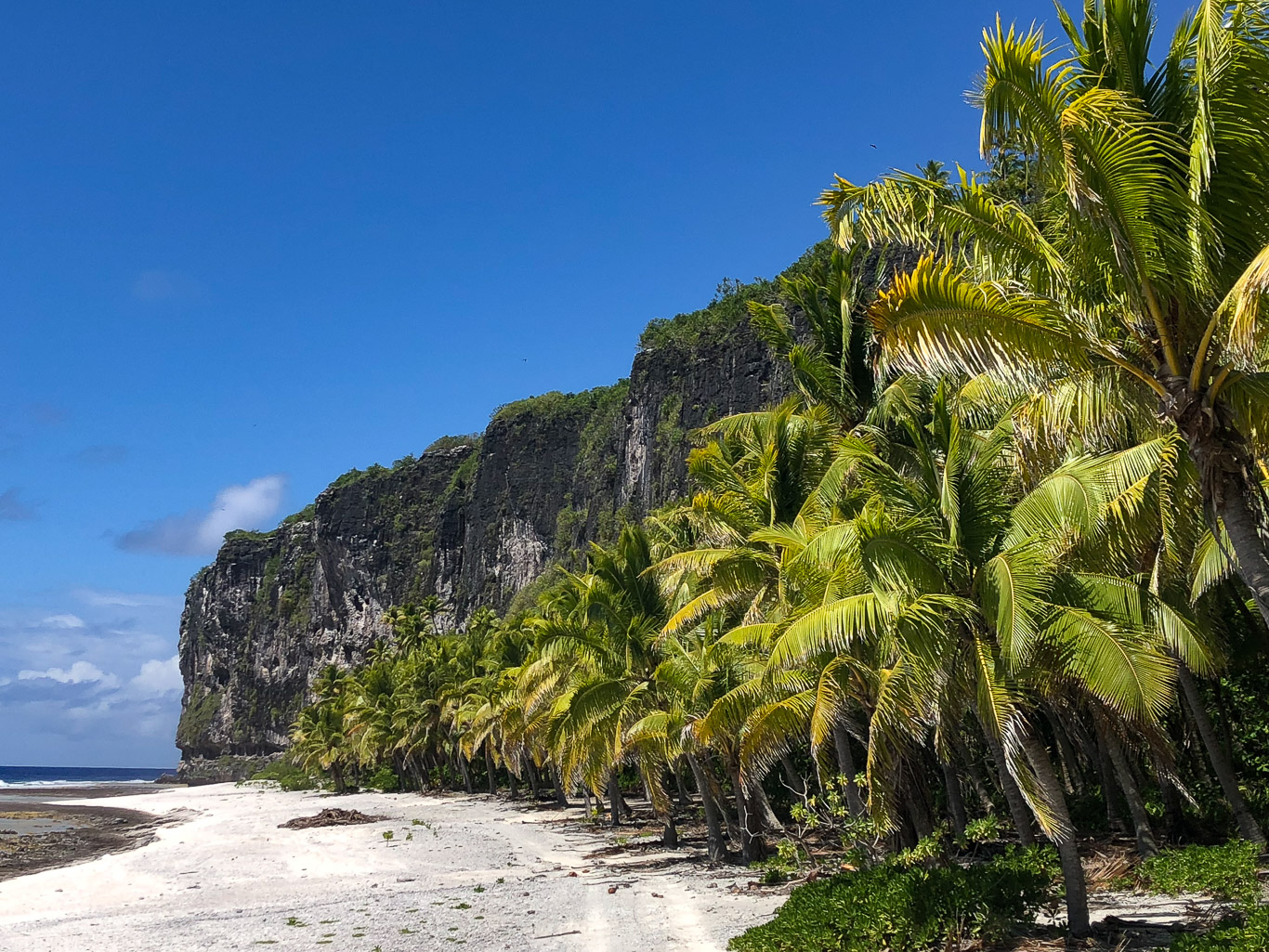 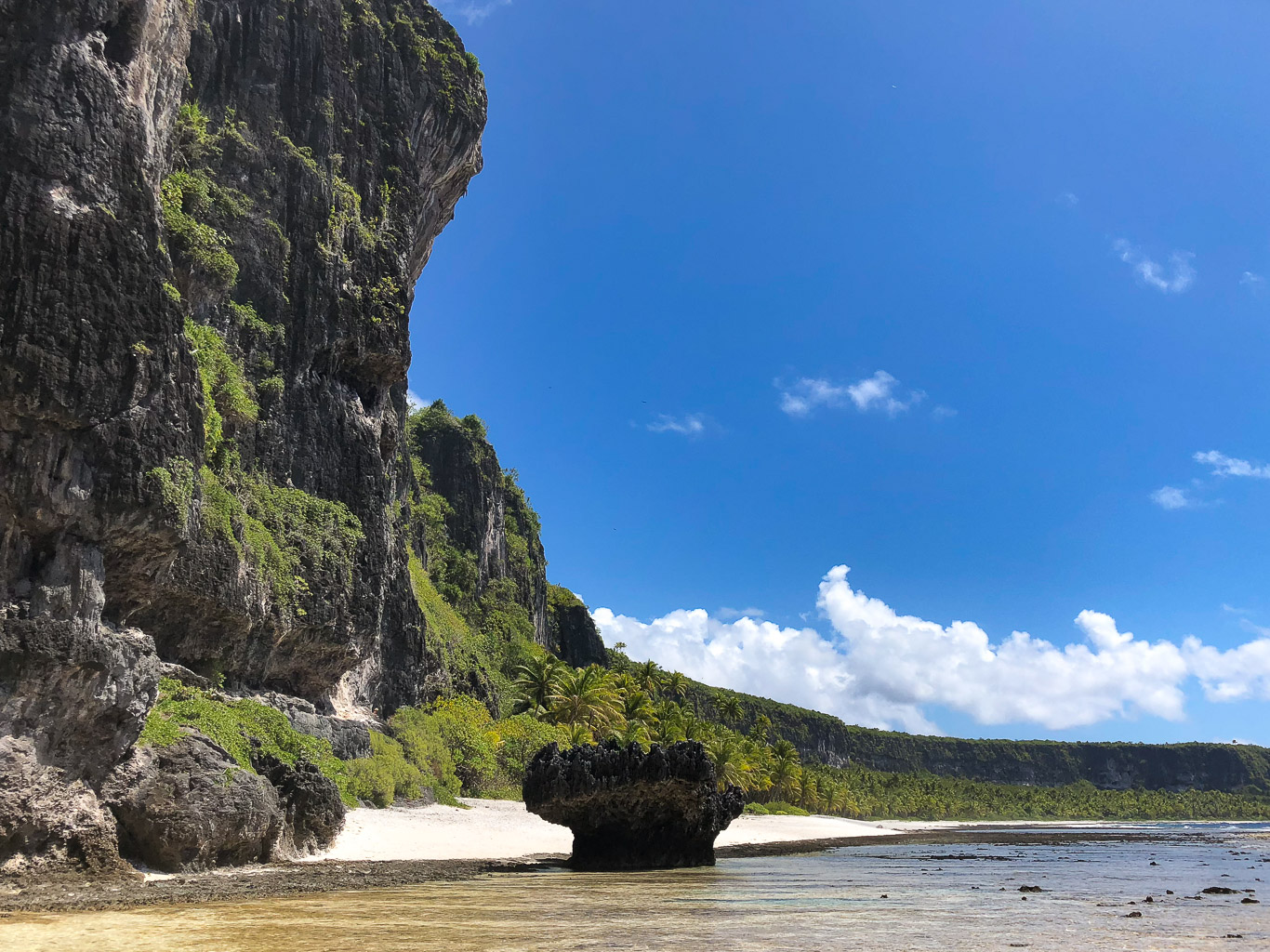 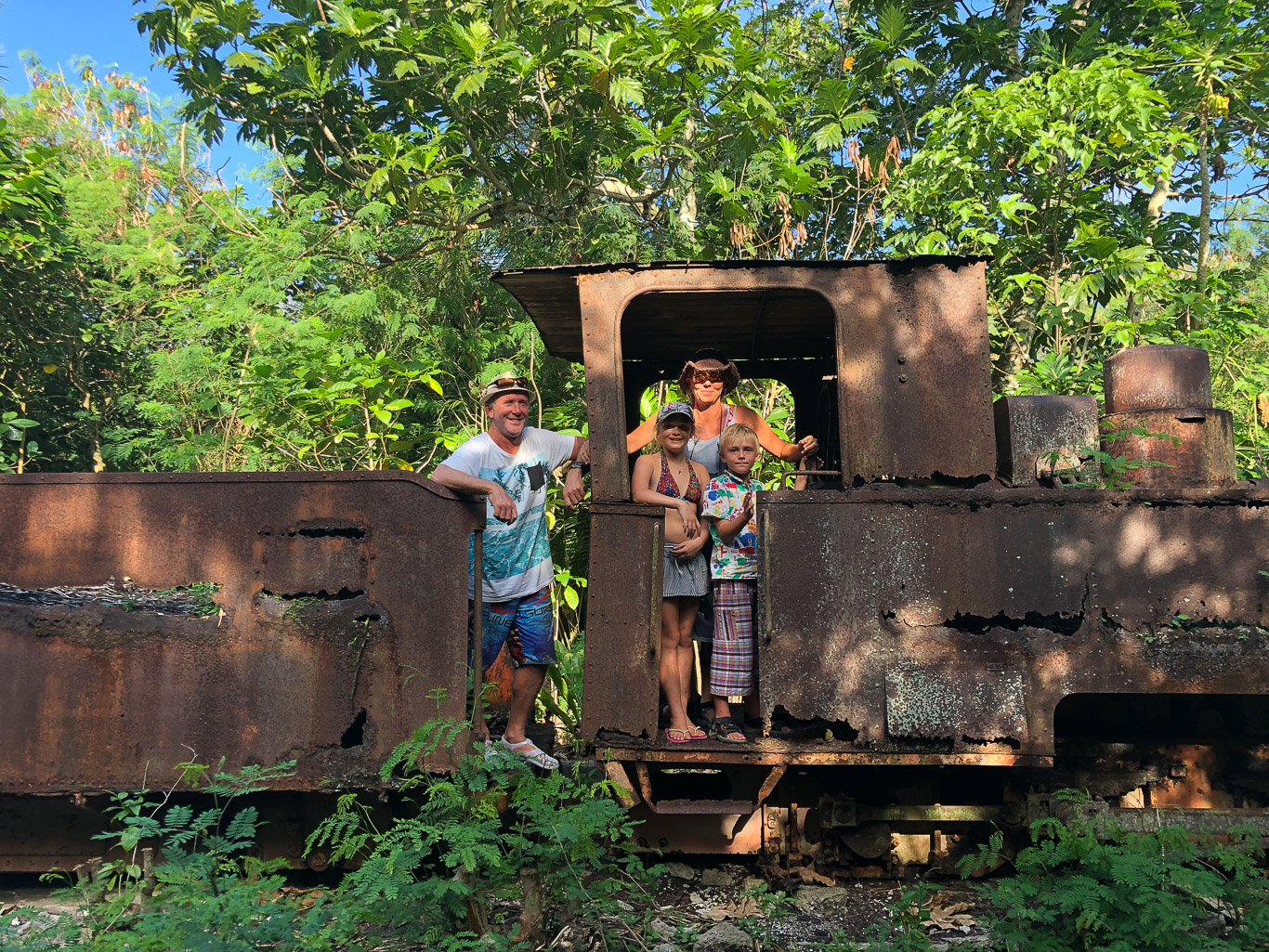 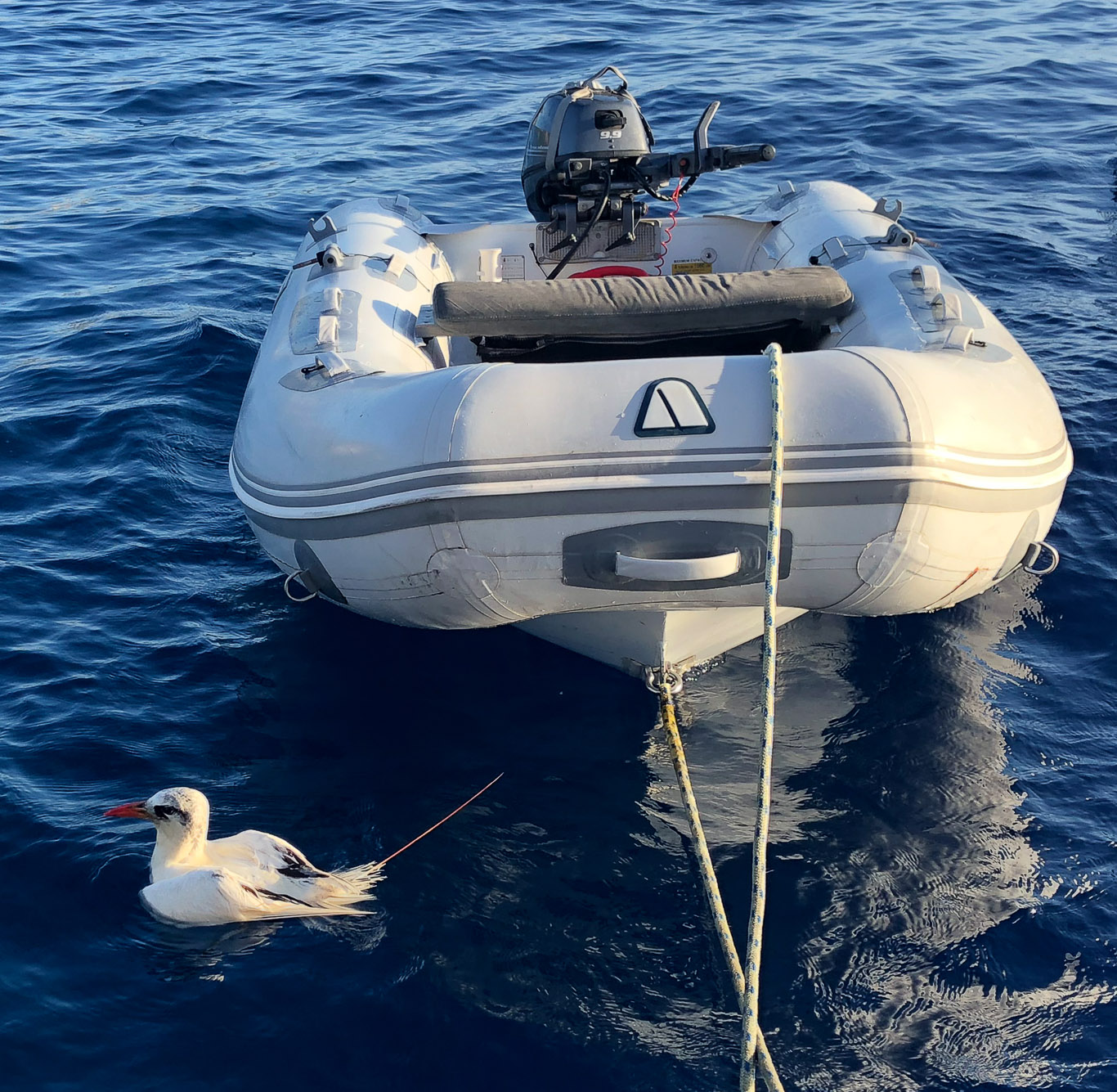 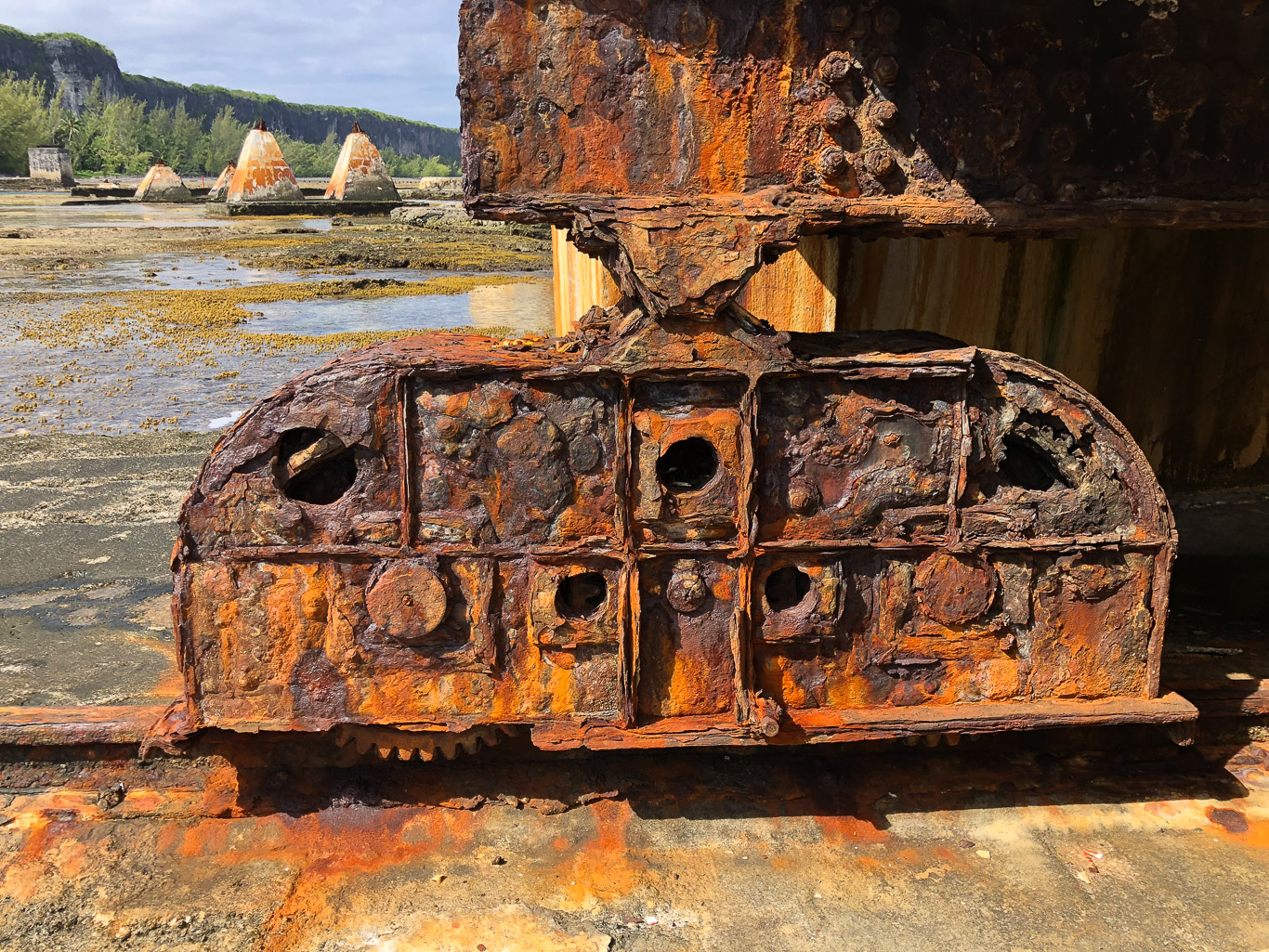 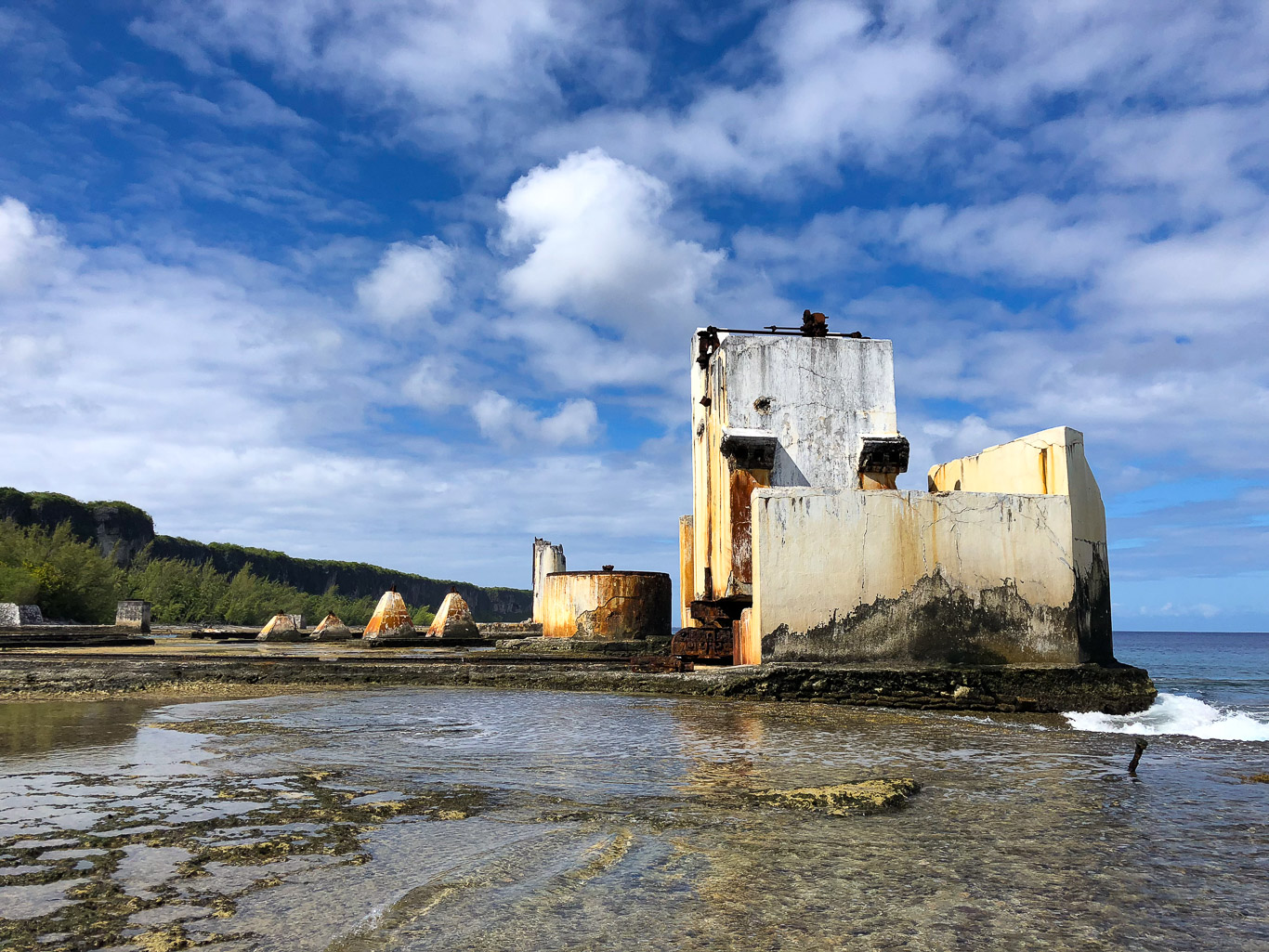 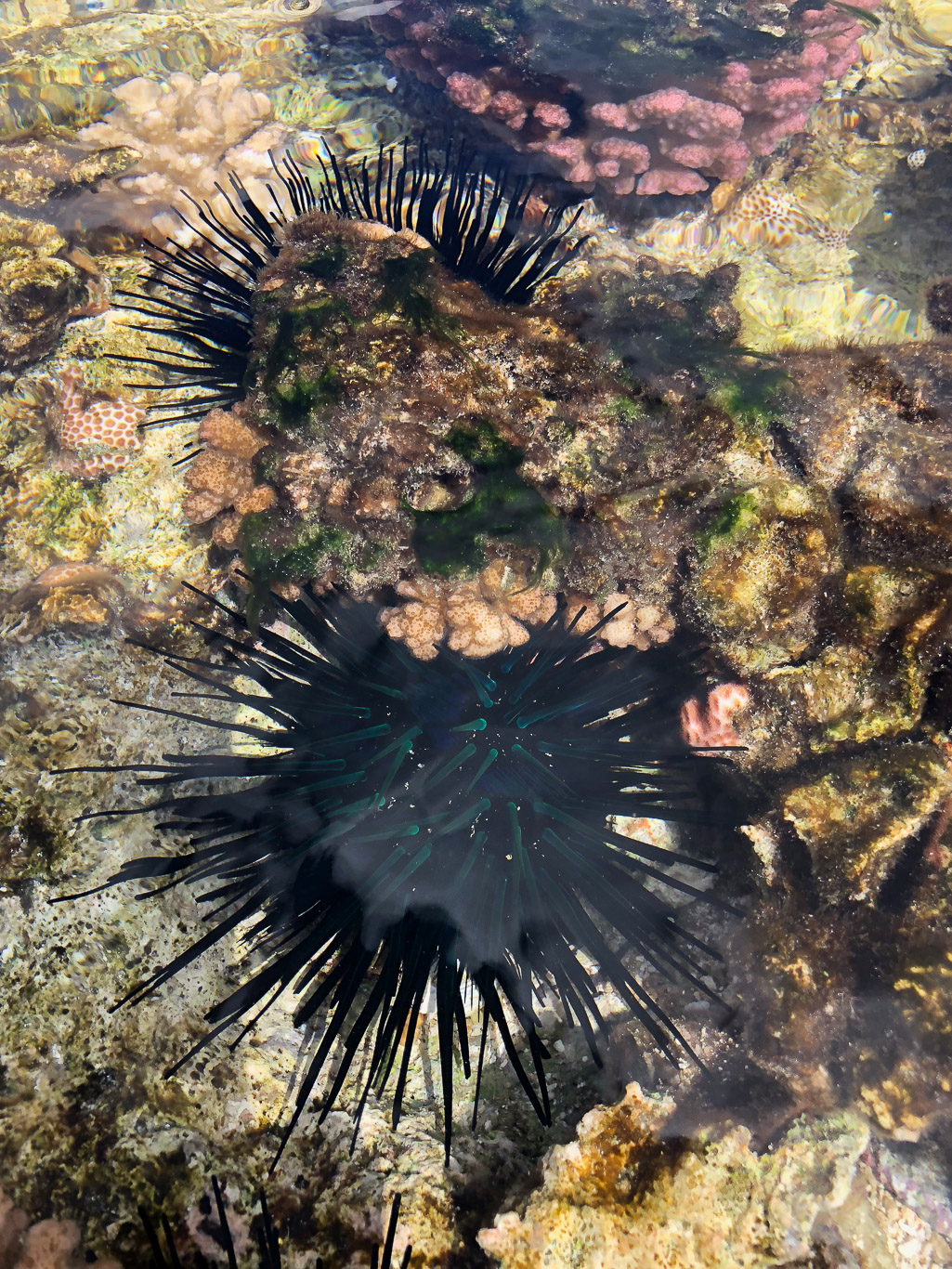 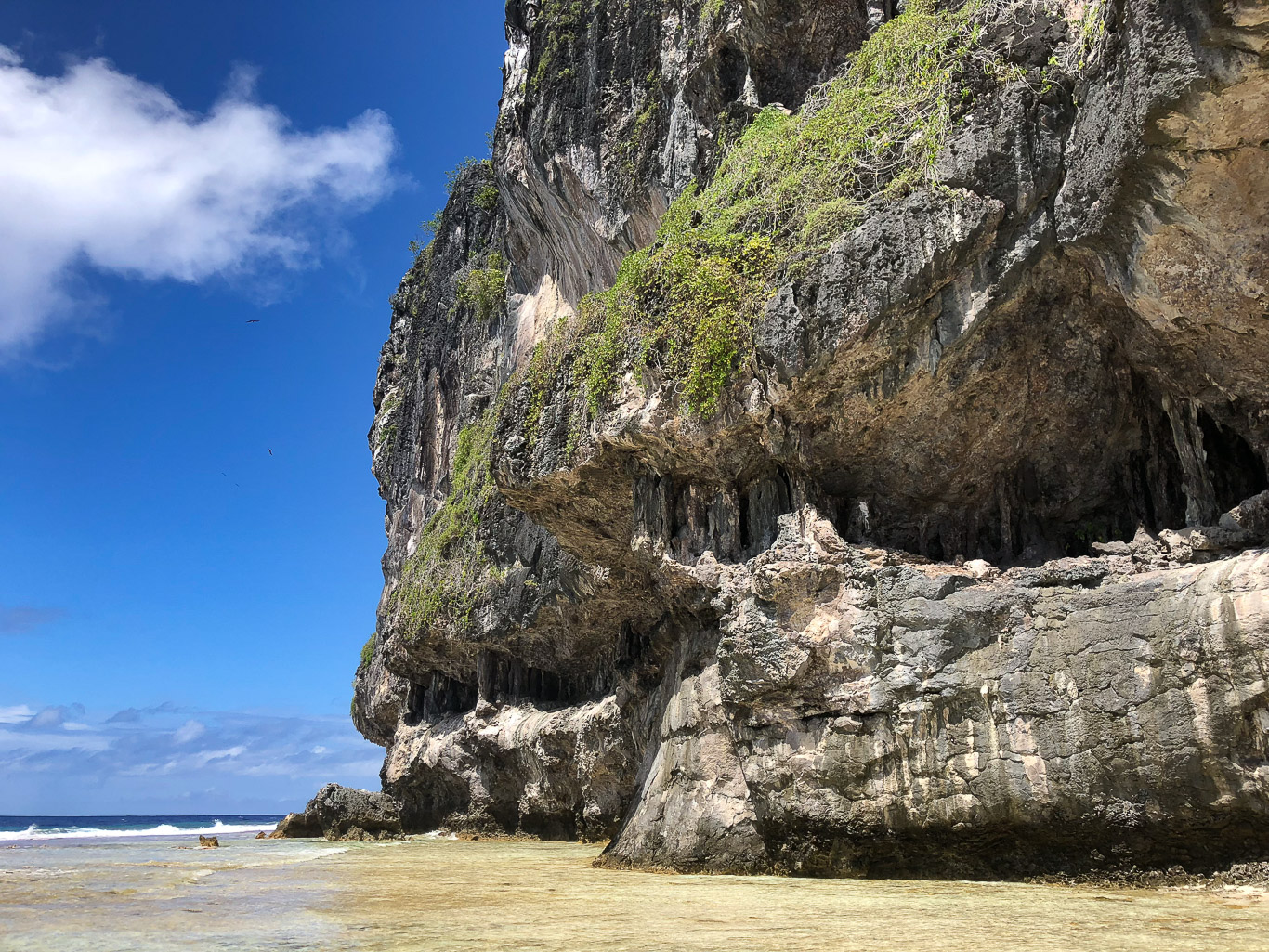 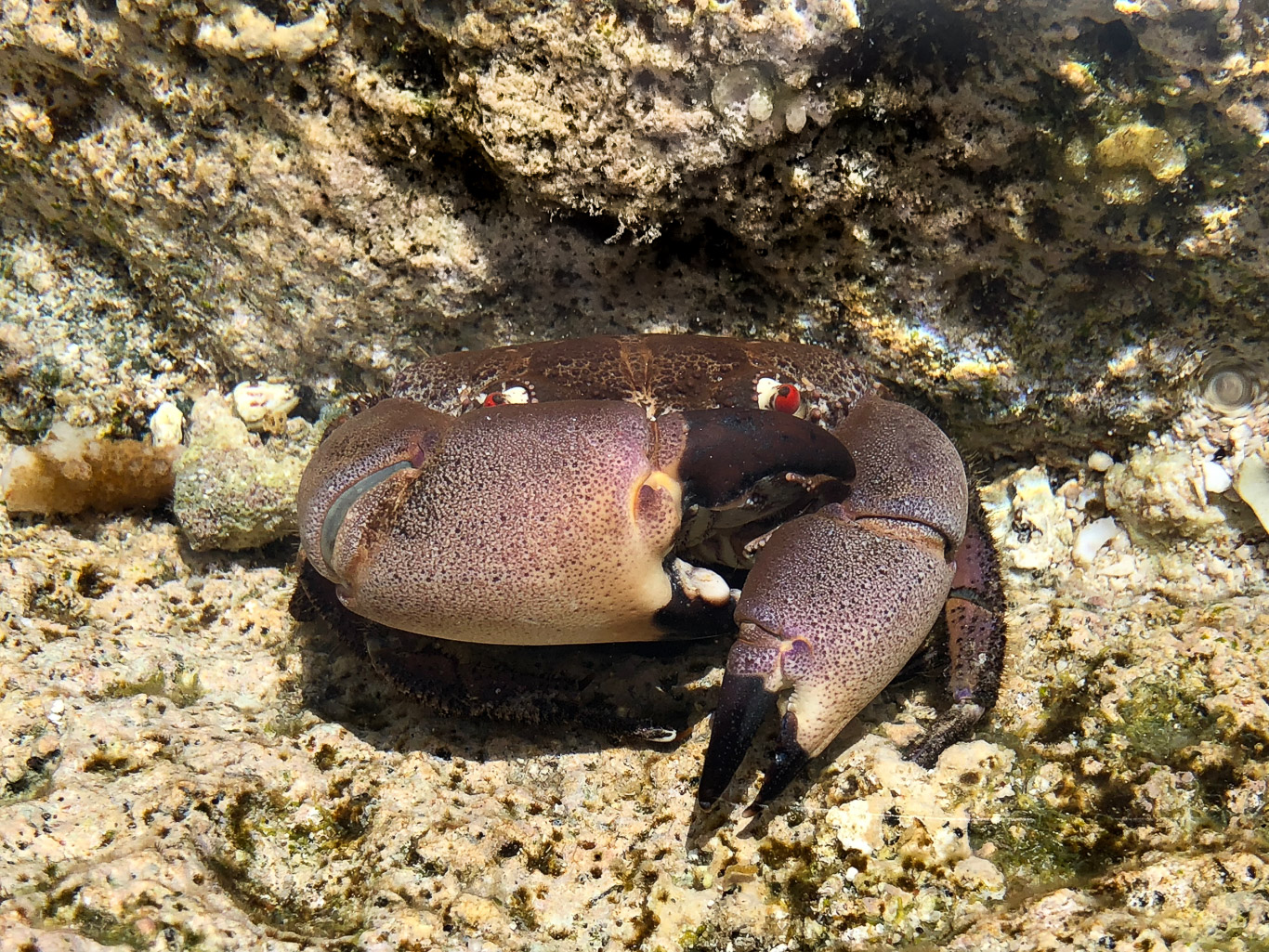 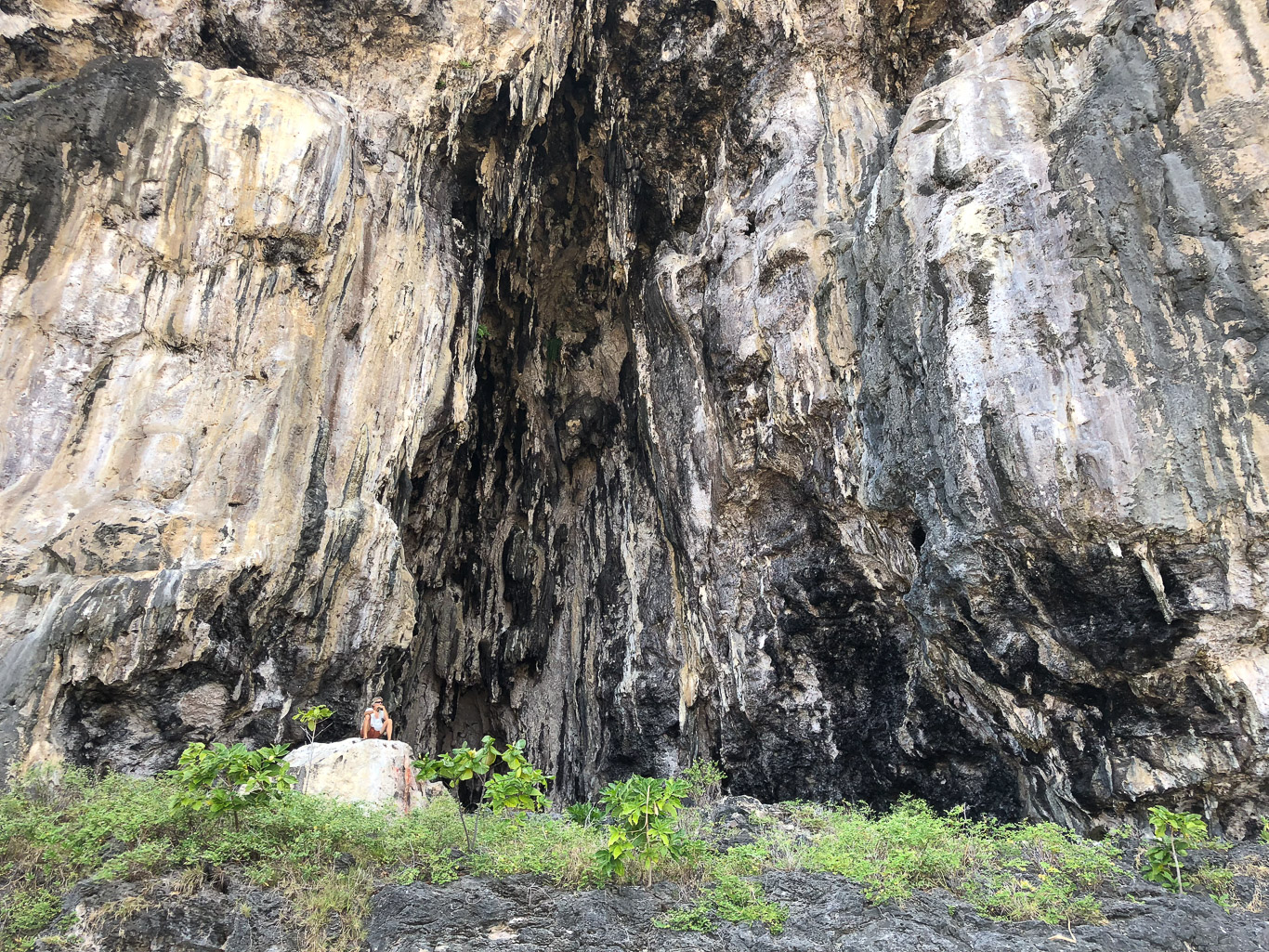 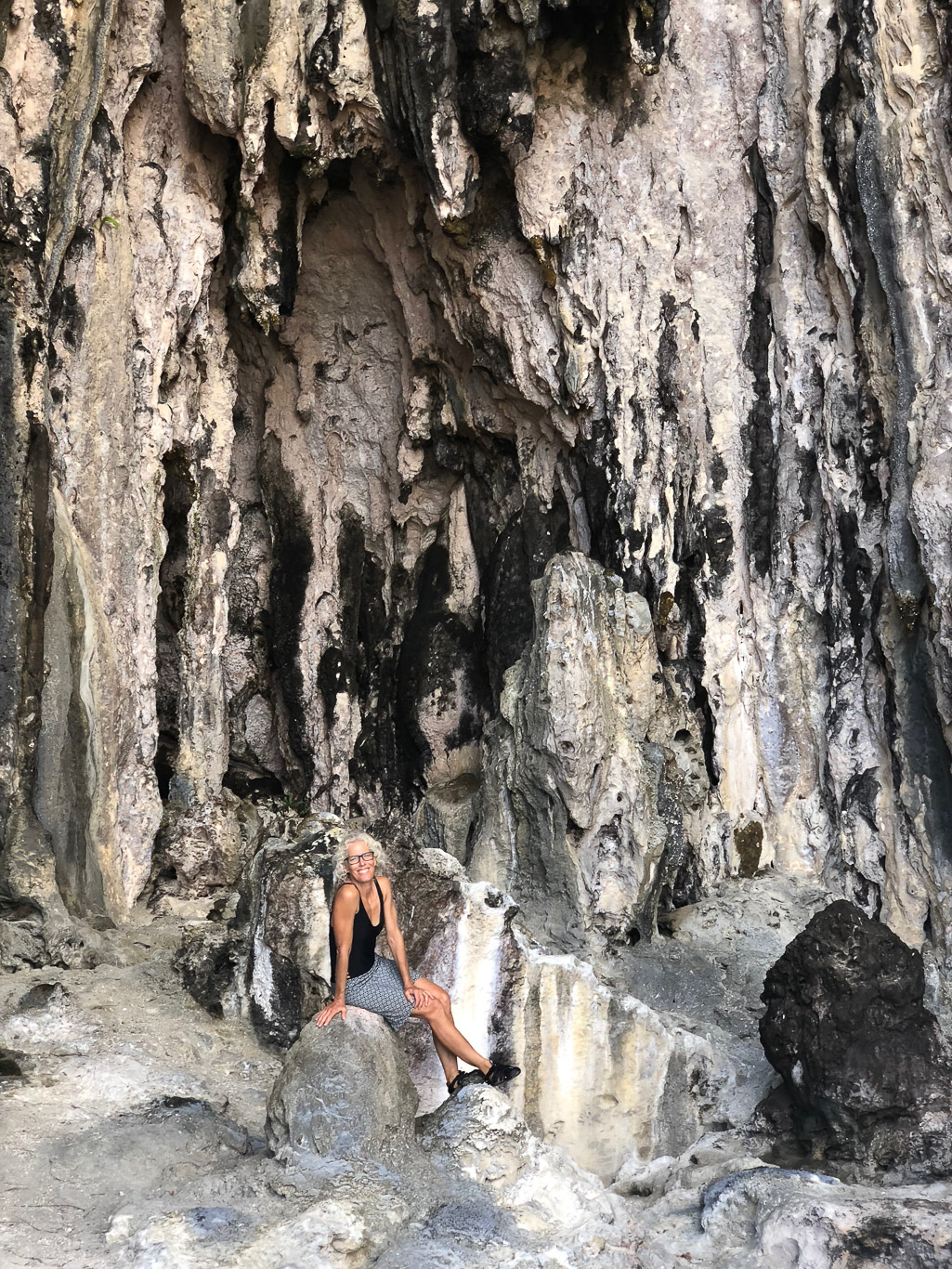 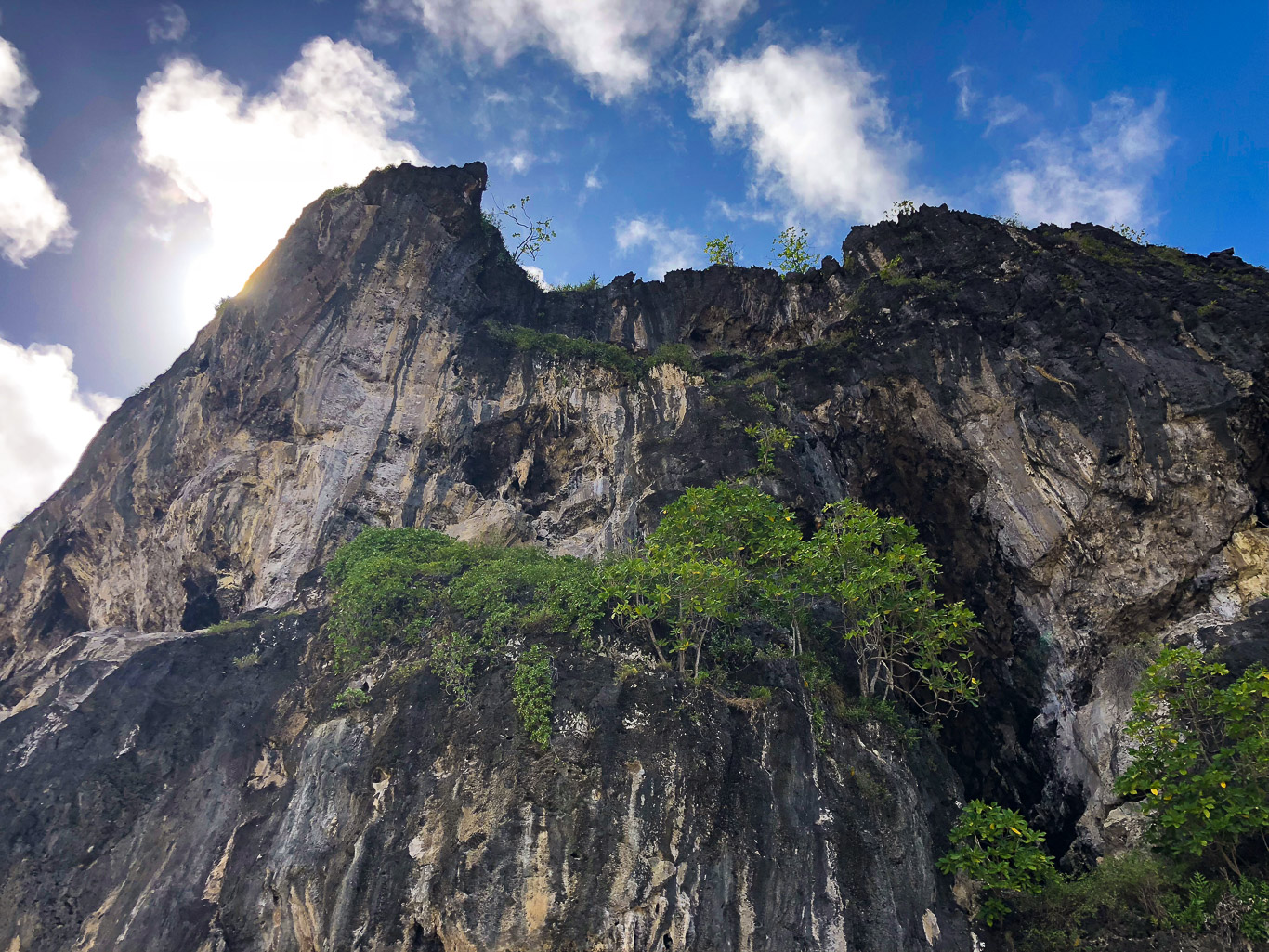 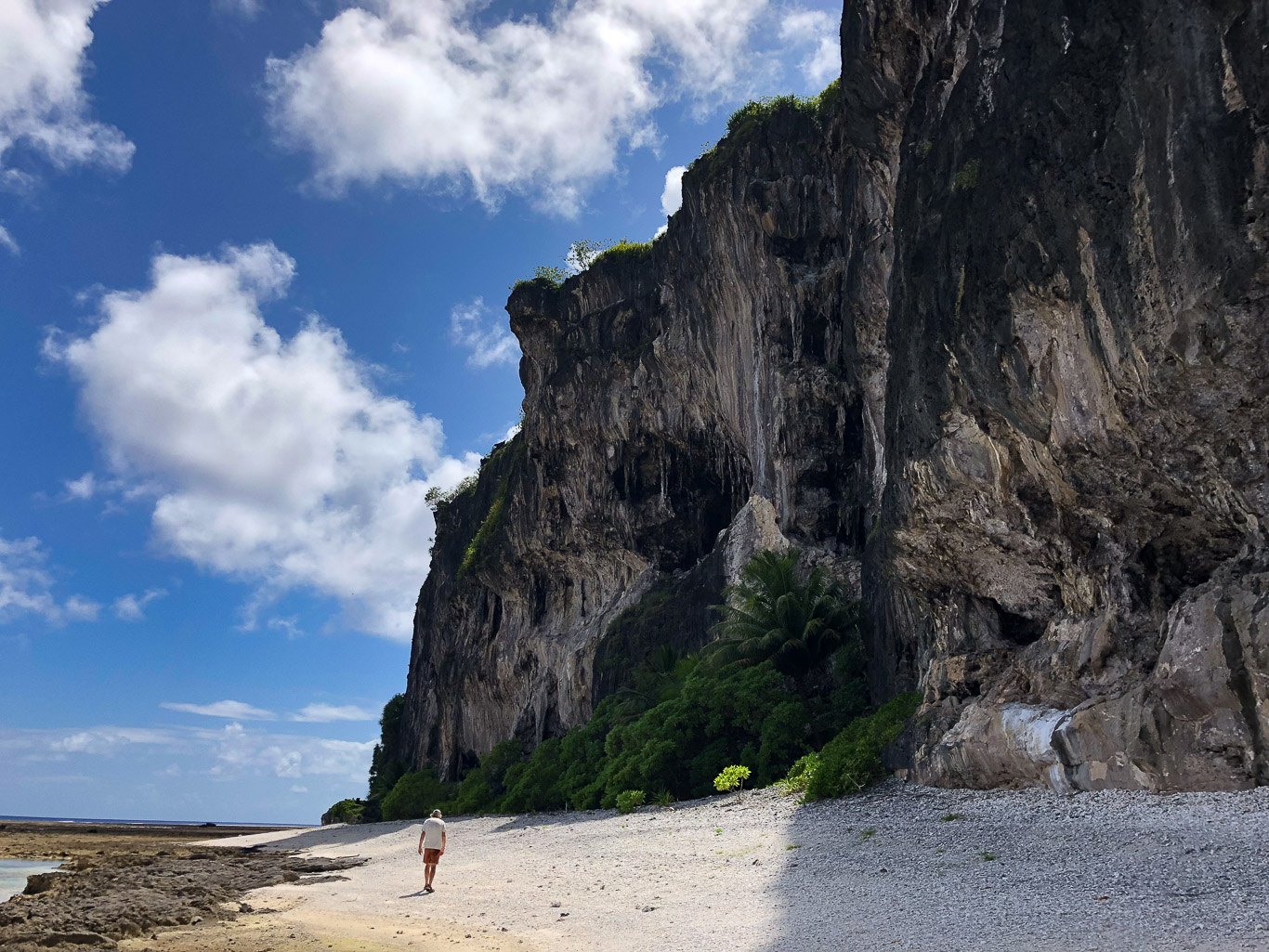 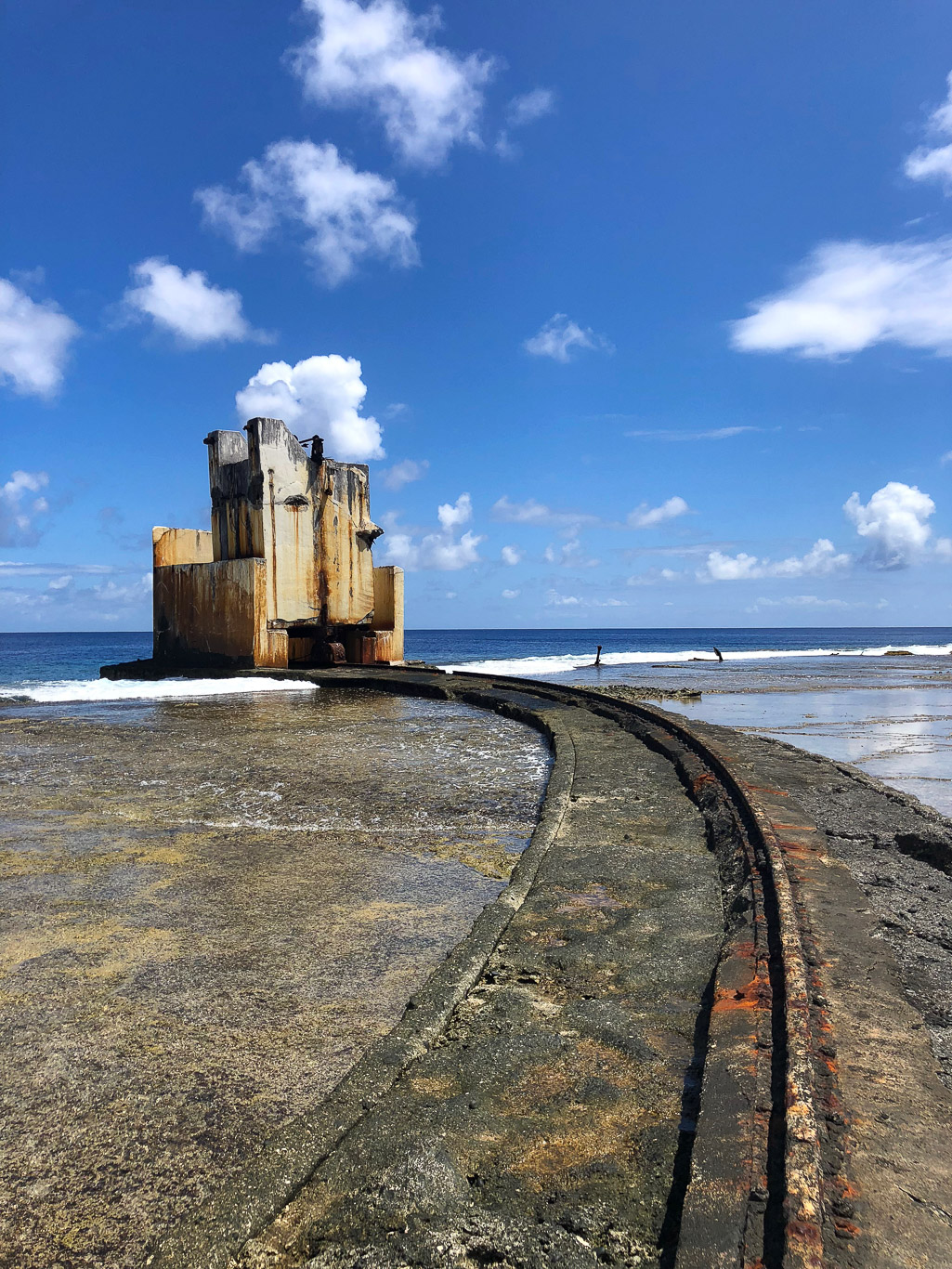 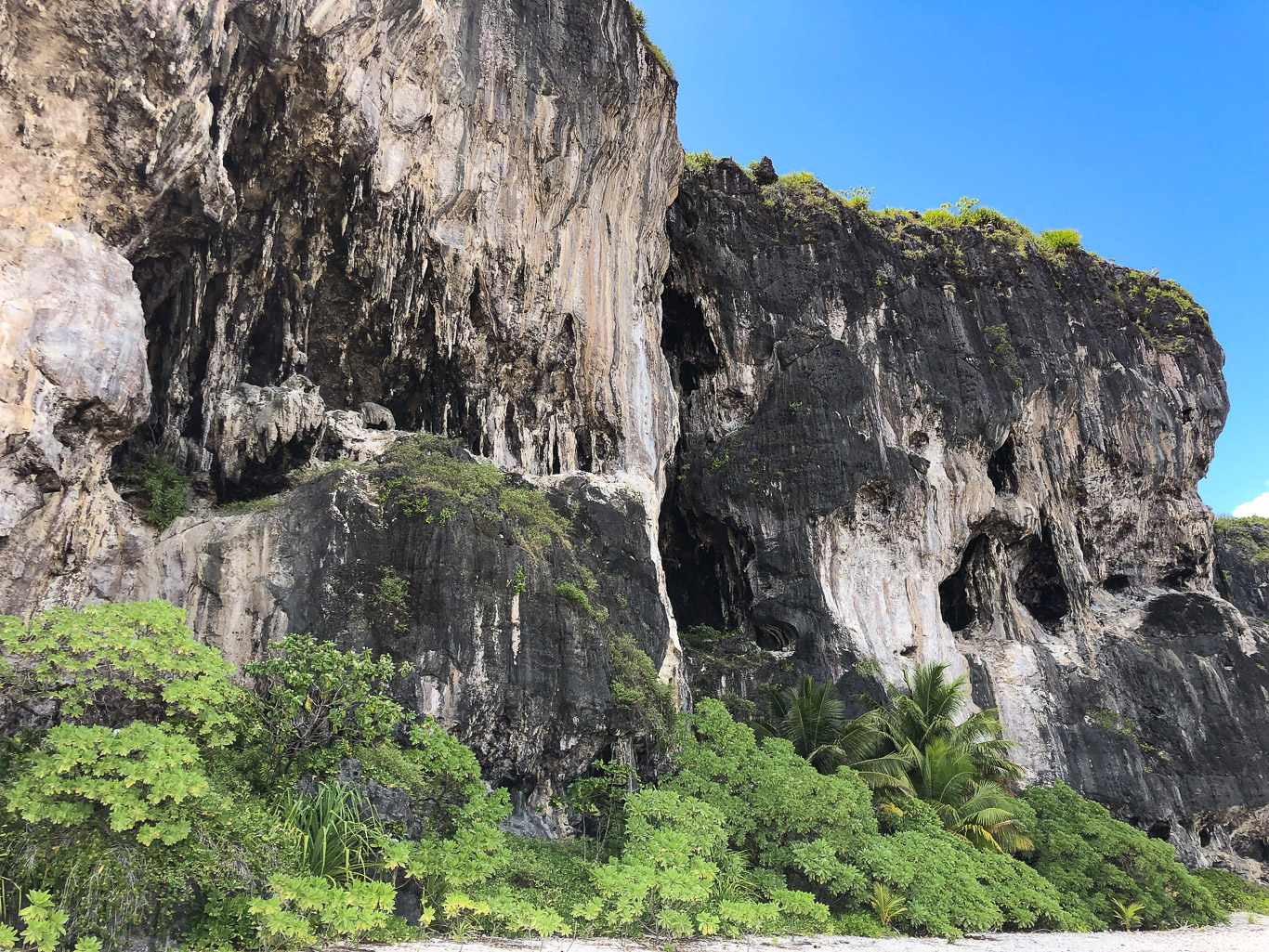 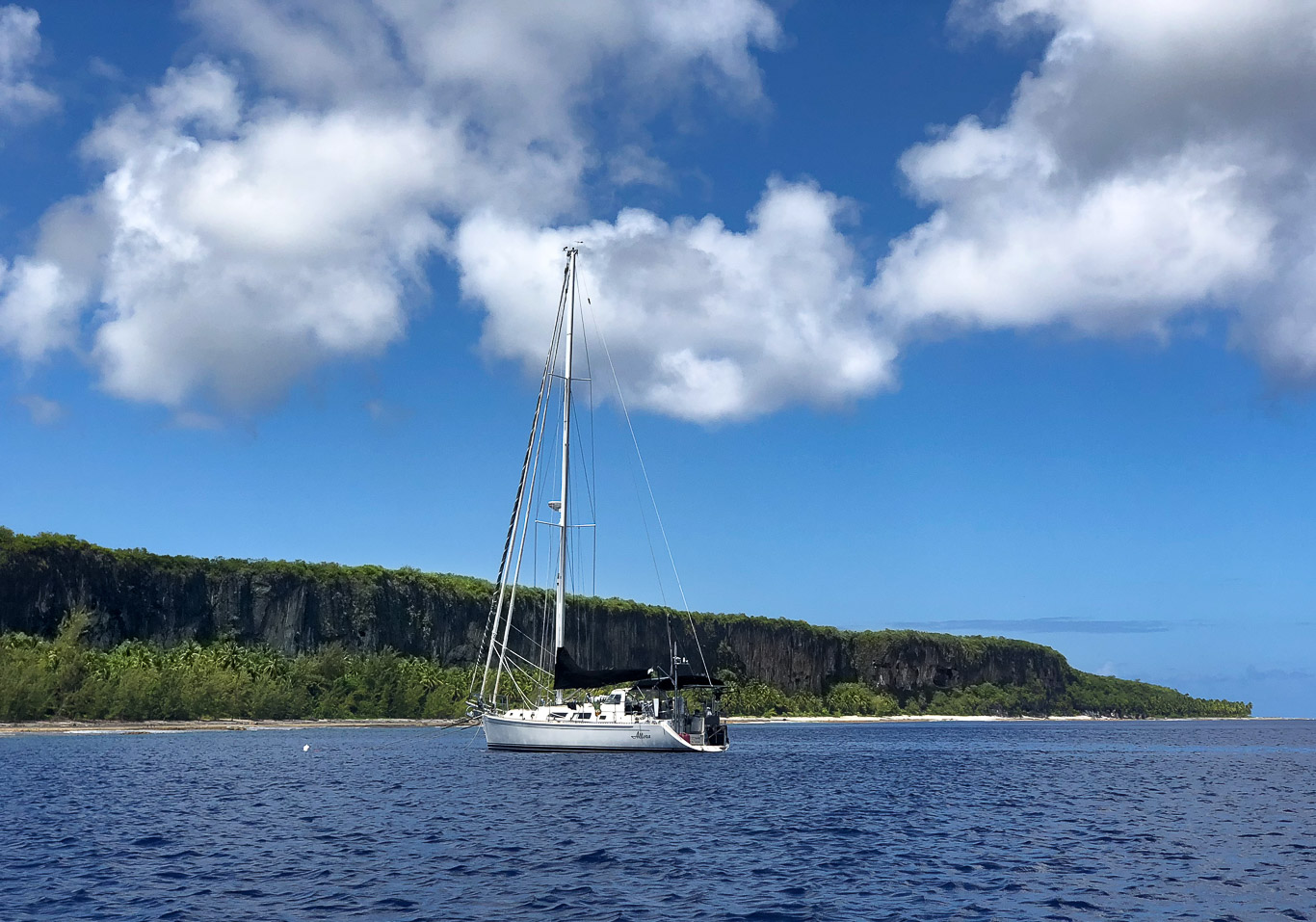 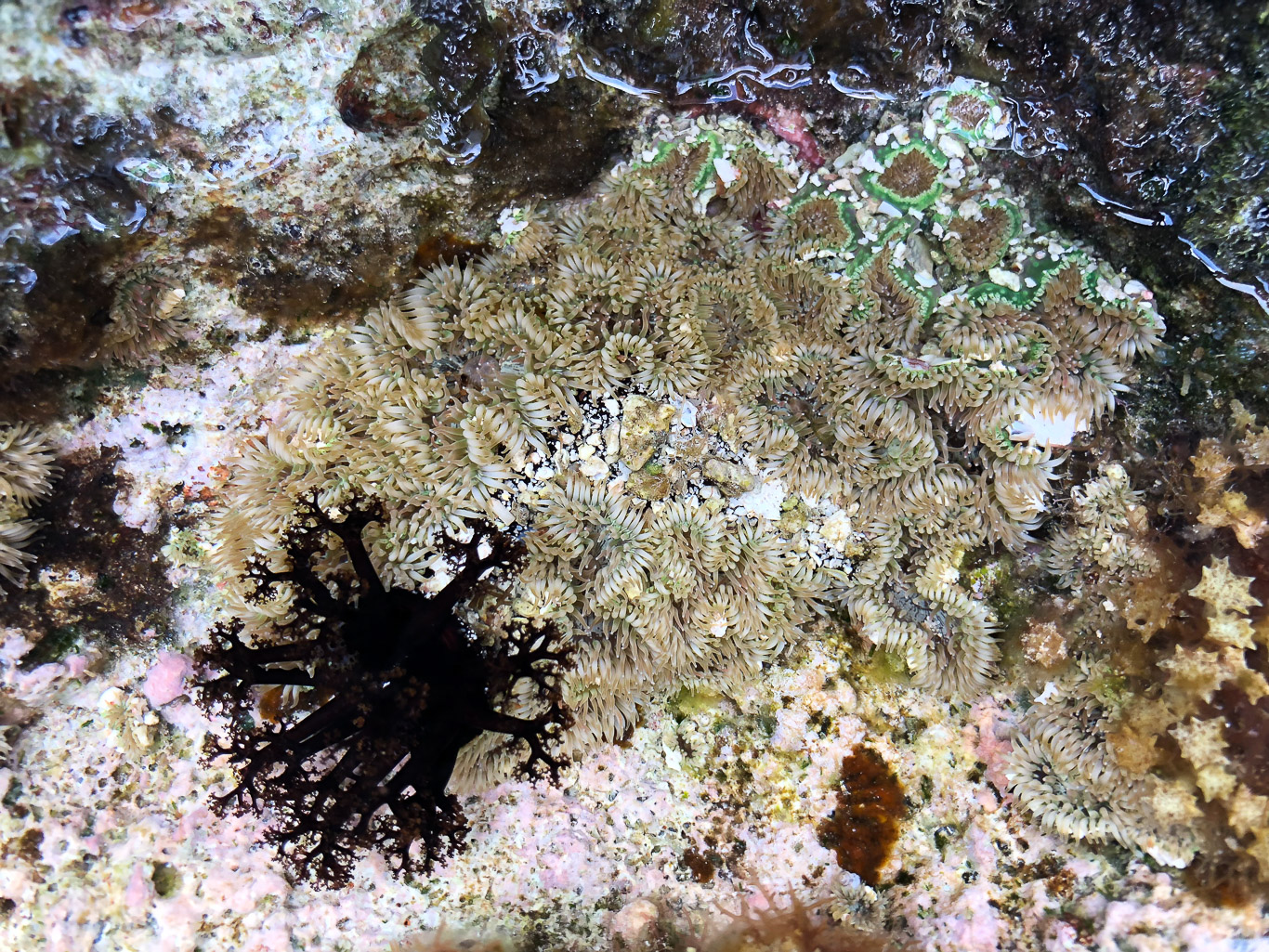 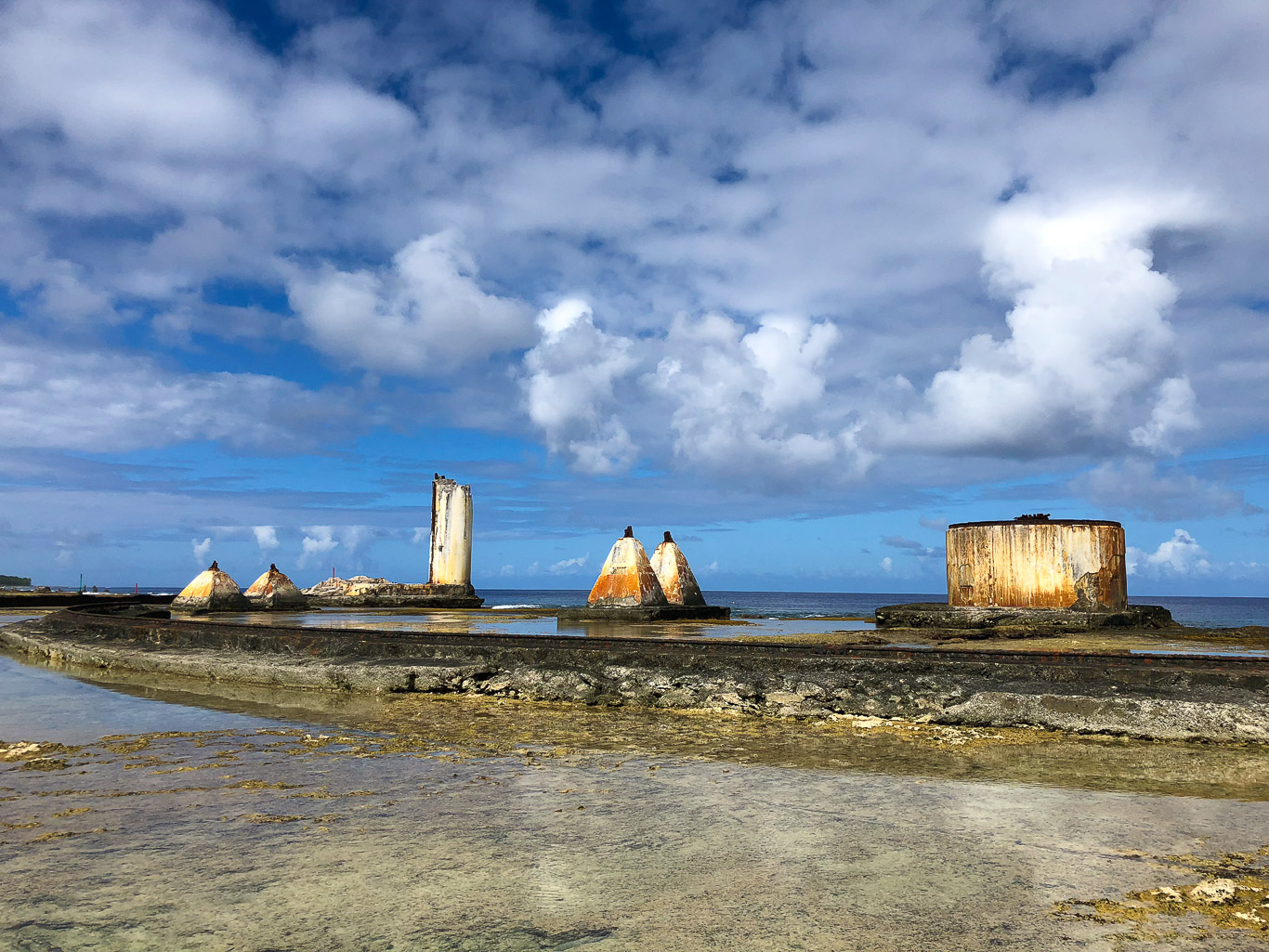 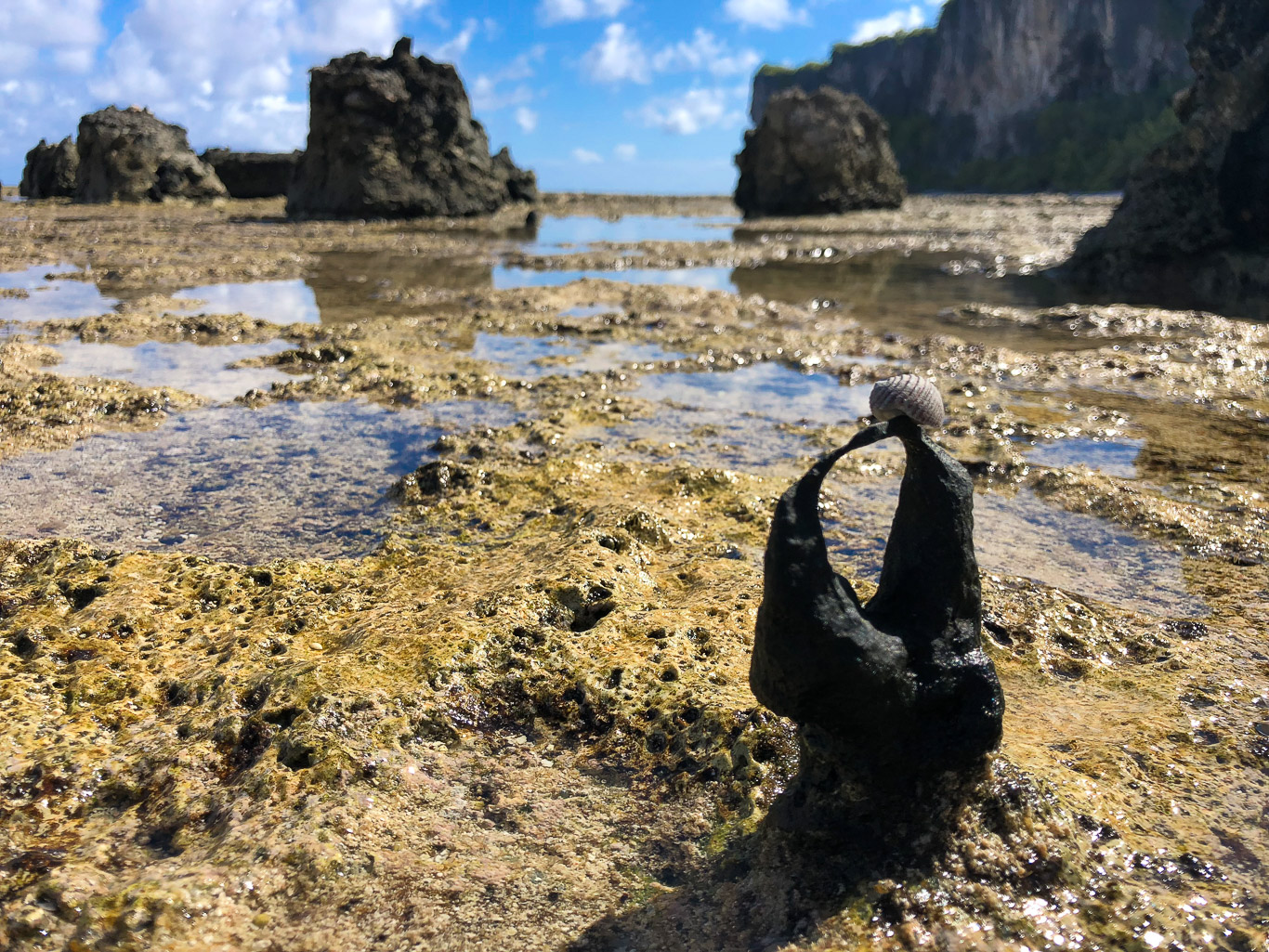 The kids got to name the family catamaran. Alex and William made a deal. Whoever got to pick the boat name, the other got first call on bunks. Alex chose Chaos. Her choice is so recent, (they just bought the boat in Raiatea), that it’s not yet painted on the stern. We met the family in Rangiroa, when they offered us some Dogtooth Tuna and then later met us again by the SE bonefish flats. I took William and his dad for a little bonefishing expedition. The fish cooperated, but William’s legs were no match for his enthusiasm, so Scott had to give him a piggyback ride back to the dinghy. Converting a Kiwi to fly fishing should not be necessary. Scott said he had always planned to take it up when he got older, now I think he’s reconsidering.

They surprised us again by pulling into Makatea early on the morning we were scheduled to take our ‘tour’ of the island with the Mayor. Miraculously, they were ready to join us just an hour after picking up their mooring. The kids got a little restless during the Mayor’s presentation on the future of secondary phosphate mining while we looked over black and white pictures that for them might as well have been from the dark ages. But they had a blast exploring the limestone caves. These are filled with fresh water pools, so you swim through them with flashlights. Fresh water feels particularly good to salty sailors. Our guide for that part (Julien’s son) was barely more than a kid himself, which he demonstrated by climbing high up the walls and doing back flips into the dark pools.

That evening Diana proposed a movie night. Catamarans are made for screening films outdoors. She made popcorn and we brought over our Lenovo tablet/video projector, and set up the giant folding screen across their trampoline. Louise brought out every blanket they owned! The kids picked the movie which is a classic, apparently, in Australia, called “The Castle.” It was the perfect choice, quirky warm humor, and it gave us a glimpse of Haley’s new home of Melbourne.

They headed off for Raiatea early the next morning, bound for Tonga from there and then back to New Zealand, where we’re hoping we can catch up with them next year. ~MS